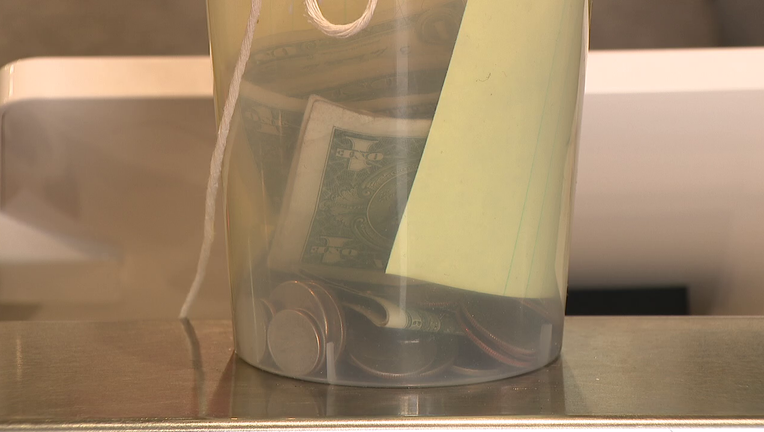 NORTH CATASAUQUA, Pa. - After a man ran off with the tip jar at a Northampton County pizza shop, investigators didn't have to do a lot of legwork to track him down.

Nicholas M. Mark, 22, had just applied for a job at the establishment, leaving his name and contact information, authorities said.

A worker at Pizza D'Oro in North Catasauqua told authorities that Mark came to the shop Aug. 26 to apply, but at one point snatched the tip jar off the counter and ran outside. The worker said he set off in pursuit, but backed off when the suspect produced a knife, authorities said in an affidavit of probable cause.

The suspect ran into the woods near the parking lot with the jar, which authorities say contained $220.

His backpack was found containing multiple items bearing his name as well as items associated with drugs in the restaurant, authorities said -- and since he had applied for a job, the staff also had his name and phone numbers. The pizza shop employee and other witnesses picked Mark out of a photo lineup, authorities said.

Mark was arraigned Friday in Northampton County on charges of robbery, theft, possession of a weapon, simple assault and possession of drug paraphernalia. Court records don't list an attorney; a message seeking comment was left at a number listed for him.