FOX 29's Bruce Gordon has more on the hunt for a suspect who assaulted and robbed an 87-year-old man in South Philadelphia over the Labor Day weekend.

SOUTH PHILADELPHIA - Philadelphia police are searching for a suspect who assaulted and robbed an 87-year-old man in South Philadelphia over Labor Day weekend.

Ralph Digneo, was delivering receipts and $17,000 to Tony Luke's sandwhich shop around 8 a.m. Labor Day morning. When Digneo was walking down the 1700 block of South 4th Street, a unknown man in a gray hoodie and a Phillies cap wrestled him to the ground and swiped the bag of cash. 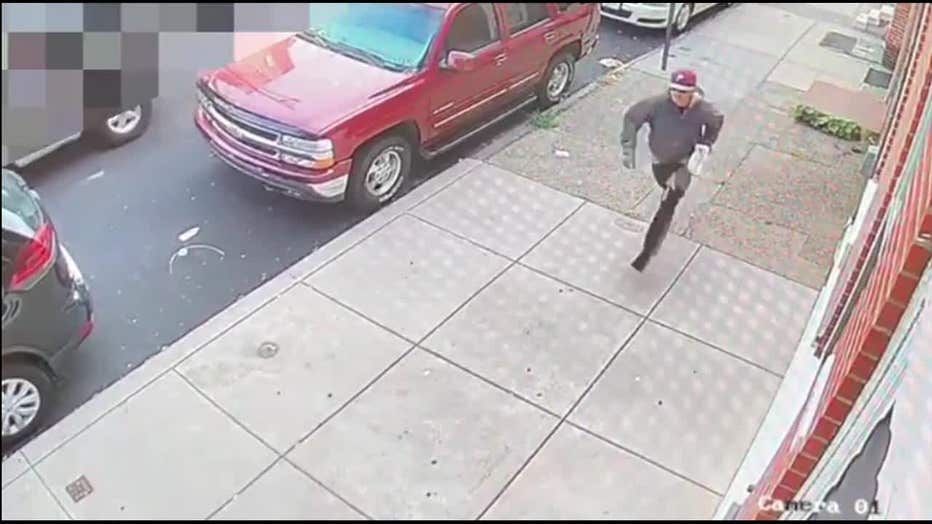 "All I heard was screaming when he came in," Tony Luke's co-owner Nicky Lucidonio said. "He was loaded with blood, his arm was dripping with blood."

Security camera video shows the thief skulking around the block moments before the attack. Police believe the attack was targeted.

"It doesn't appear he accidentally stumbled onto the victim," Philadelphia police Captain Sekou Kinebrew said. "It looks like he may have had some idea of this person's path of travel and was already positioning himself on the block to be there."

Anyone with information on this incident is asked to call detectives at 215-686-8477.