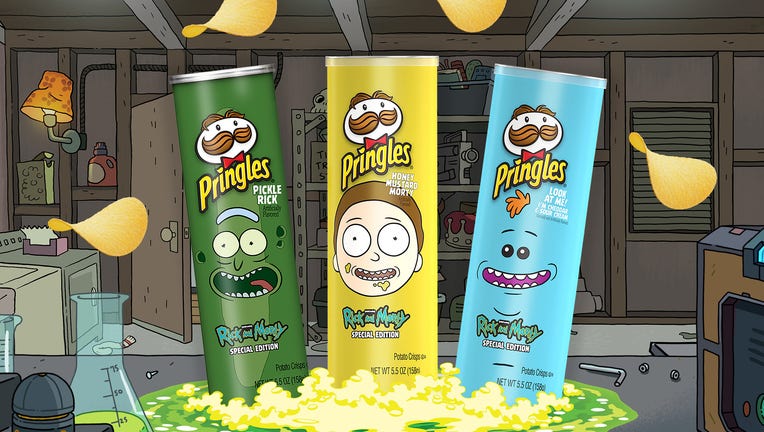 Pringles is aiming to re-capture the insanity that the brand first introduced in its 2020 Super Bowl commercial by recruiting “Rick and Morty” for yet another promotion.

This week, Pringles announced two new flavors inspired by the Adult Swim series, to be available at Walmart exclusively: Honey Mustard Morty and Look at Me! I'm Cheddar & Sour Cream.

"After launching the Pickle Rick crisps for the 2020 Big Game, the response from both fanbases was literally out of this world," said Gareth Maguire, senior director of marketing for Pringles, in a press release touting the new flavors. "The Pringles brand prides itself on pushing fans to find new, creative ways to unlock endless dimensions of flavor. Paired with the standout hit, Pringles Pickle Rick crisps, these snackable, stackable crunchy treats are an absolute must-have for fans."

To the point Maguire mentioned above about the chips being “stackable”: Of course Pringles is also encouraging fans to combine all three of these flavors for “the ultimate ‘Rick and Morty’ sandwich stack.”

Coffee and cereal have always been breakfast mainstays, but now they'll be available in the same dish.

However, the brand failed to disclose whether eating such a “sandwich stack” might unlock any dimensions wherein this entire promotion will make sense to anyone who stopped watching Adult Swim post-“Aqua Teen Hunger Force.”

The new Pringles are expected at Walmart this month.