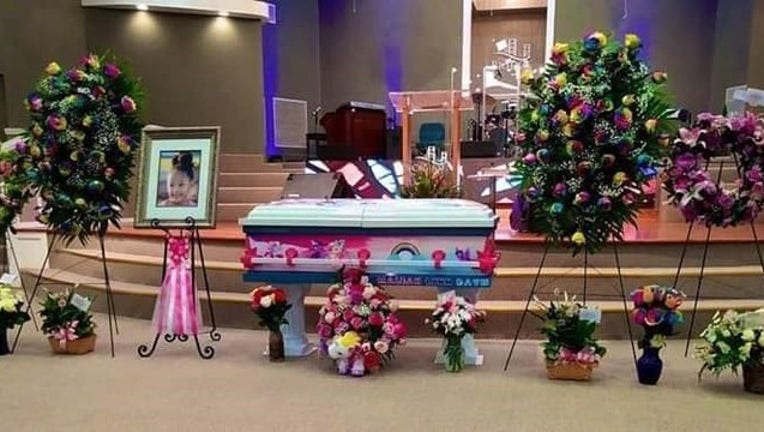 HOUSTON - Maleah Davis was remembered during a private funeral service on Saturday morning.

Its website gave the option to send flowers for the private ceremony.

On Wednseday, Davis' father debuted the first pictures of his daughter's casket, featuring her young face alongside depictions of "My Little Pony" and rainbows. 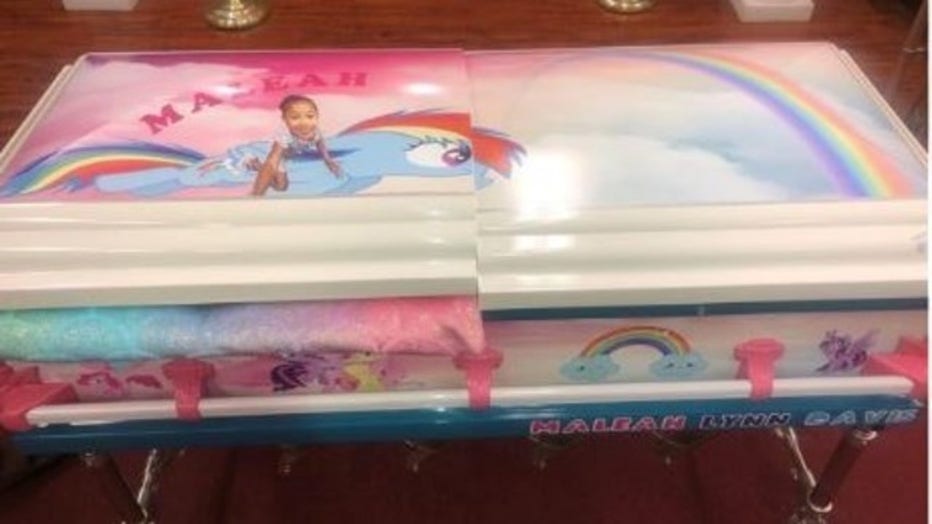 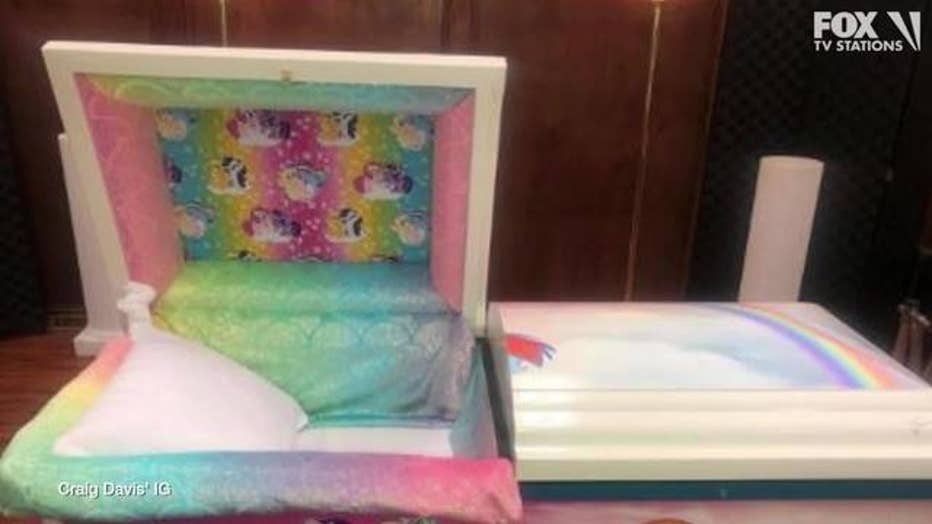 Davis' body was found in Arkansas after weeks of searching.

Her mother's ex-fiancé remains in jail on charges related to Davis' death.