American Girl unveiled its 2020 Girl of the Year doll, the company’s first to feature a disability.

MIDDLETON, Wis. - American Girl unveiled its 2020 Girl of the Year doll, the company’s first to feature a disability.

Joss Kendrick is a “fierce athlete born with hearing loss and a passion for surfing and competitive cheer,” said American Girl in a press release.

“Whether she’s on her surfboard or in the gym, Joss shows girls the importance of trying new things, pushing past stereotypes, and being a good team player,” the company said. 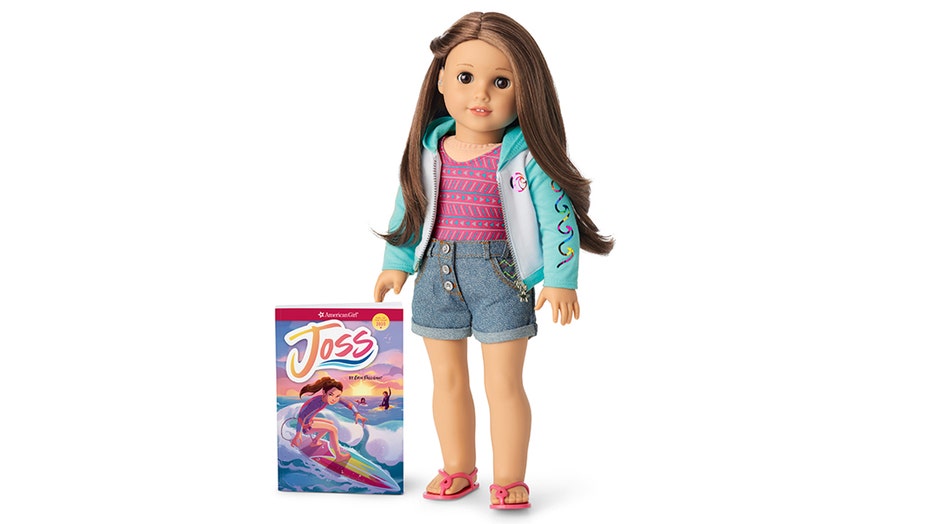 American Girl unveiled its 2020 Girl of the Year named Joss Kendrick, who is the company’s first doll to have a disability. (Photo: American Girl)

To celebrate the new Girl of the Year, American Girl also teamed up with 17-year-old surfing prodigy Caroline Marks, who is making history next summer as a member of the first-ever U.S. Women’s Olympic surfing team.

“I’m so excited to be a part of the Joss launch and share her message that passion and hard work can really take a girl places—even to the Olympics,” said Marks.

“American Girl has a rich legacy of creating timeless characters who encourage girls to reach for new heights and discover who they’re meant to be,” said Jamie Cygielman, general manager of American Girl. “We’re proud to welcome Joss Kendrick, whose stories are sure to instill confidence and character in girls who are learning to think about the possibilities in their own lives. Working with Olympic hopeful surfer Caroline Marks adds real-world inspiration about what can happen when you go ‘all in’ on your dreams.”

American Girl, owned by Mattel Inc., said they worked closely with a team of experts specializing in surfing, competitive cheerleading and hearing loss to create Joss.

Joss grows up in Huntington Beach, California, which is also known as “Surf City USA.”

“When the surf’s up, Joss loves to catch the waves any chance she can get,” the release said. “When she accepts her brother’s dare to try out for the competitive cheer team, Joss figures it’ll be easy. But instead of pom-poms and chants, Joss is surprised to see daring pyramids, flips, and jumps, and realizes the first rule of surfing—give respect to get respect—applies in the gym as well. By going all-in with cheer, Joss reaches new heights and discovers a whole new side of herself.”

Joss comes to life through a beautiful 18-inch doll with long brown hair and brown eyes, the release said. She wears a swimsuit, hoodie, as well as a removable hearing aid in her right ear. Other Joss products include a surfboard, swim gear, cheer outfits and cheer equipment.

In honor of Joss, American Girl donated $25,000 to the Hearing Loss Association of America (HLAA), the nation’s leading nonprofit representing people with hearing loss, to support the organization’s education and awareness programs, according to the release.

The Joss collection, which includes the doll and a two-book series, is available online on Dec. 31 and retail stores on Jan. 1.

Visitors to American Girl retail stores on New Year’s Day will receive an exclusive Joss giveaway, and enjoy a Joss photo op, craft, sweet treat, plus a performance by a local cheer team, the release said.