SOUTHLAKE, Texas - Residents in a Texas neighborhood got a scare Monday after they spotted a group of suspicious men with guns taking photos in front of a house. But as it turns out, they were just filming a rap video in front of the wrong house.

Southlake police said they got a call around 7:30 p.m. from concerned residents in the Ten Bar Court area. One caller reported seeing four males wearing bulletproof vests carrying guns in front of a house.

Officers on high alert just days after mass shootings in El Paso and Dayton, Ohio, rushed to the scene and quickly detailed the men.

But as the officers investigated, they learned the guns were extremely realistic airsoft rifles and the vests were fake. The men also had bags of sugar meant to look like narcotics, police said. 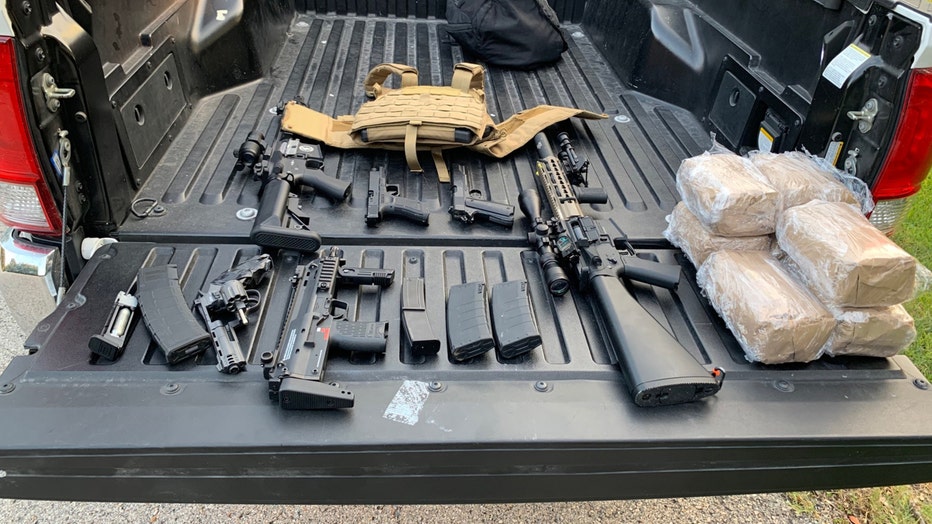 The men told officers they had come to Southlake to film a rap video but somehow ended up in front of the wrong house on the wrong street. They cooperated with officers and were released without being charged.

“This was a great job of the citizens following officer commands, keeping a cool head, and understanding why we showed up in the first place. Our officers also should be commended for their attention to detail, excellent training, and meticulous investigating,” Southlake DPS said on its Facebook page.

People who carry around fake weapons that look like the real thing should also expect a similar serious response, police said.

Police released a body camera video of the incident, but they blurred out the men's faces since no one was charged.