PHILADELPHIA (WTXF) - Barb Williamson has dedicated the last several years to helping people in recovery so she was shocked when the city tried to shut down one of the recovery houses she owns.

"Just overnight you're going to make 14 people homeless and drill the locks off of my house."

That's the situation that she said she's is facing just for doing what she believes is the right thing for people with similar challenges to the one's that she faced.

"I was in and out of treatment centers since I was 15 years old. Homeless in Kensington for years I definitely thought I was going to die from addiction."

But someone cared and got her into a recovery house. Living with others in recovery helped her but she says it also opened her eyes to why so many fail once they leave many programs.

The recovery house experience inspired Barb to open Way Of Life houses. The houses allow people in recovery to live together and receive support but unfortunately after a year open her first house in Philadelphia ran into some unexpected issues.

"In small talk with the fire inspector I told on myself, which is fine, I didn't think I had anything to hide."

After the annual fire inspection Barb was told she needed special zoning. Something she says never came up in any previous discussions and she suspects is because some just don't want them in the neighborhood. L&I threatened to shut it down in ten days. A public hearing was scheduled and with publicity came some harsh responses.

She says the emails she received were disappointing to say the least.

"Get out of my neighborhood, nobody wants you or your worthless drug addicts you pretend to help….(bleep) them, let them die my own sister I'd let die if she's a zombie."

Tim lives in the house. He admitted it can be hard to hear how people feel but rather than get upset he's fueled by it.

"That makes me want to fight more and more to become the person I'm striving to be, The better brother, the better son, the better person in the community."

The duplex home is zoned multi-family and Barb's attorney doesn't believe they need special zoning. A judge recently ruled that the house can remain open during legal proceedings. But there's a bigger question for all of us to consider. Are we protecting our community by opposing recovering addicts living among us or are we turning our backs on people at a time that they most need our support for goodness sake.

Leave your comments on https://www.facebook.com/BillAndersonFox29/ 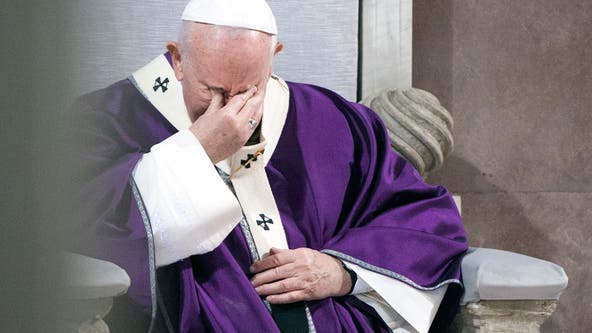