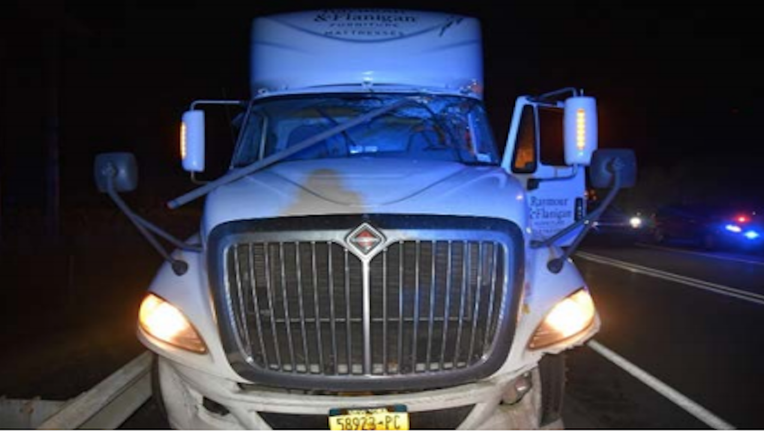 SLATINGTON, Pa. - The National Transportation Safety Board completed its investigation into a 2018 Pennsylvania Turnpike crash that killed a truck driver when a tunnel conduit fell and smashed through the windshield, and issued two safety regulations for federal highway officials.

The NTSB determined the final probable cause of the crash to be the failure of the conduit’s support system due to longtime corrosion, which resulted in its displacement, the agency said in a release Thursday.

Officials also said the Federal Highway Administration has “insufficient guidance” regarding maintenance and inspection of its tunnels. They say that led to the Pennsylvania Turnpike Commission’s delay in repairing the deficiencies that were previously documented.

The commission said in 2018 it was in the process of awarding a contract to replace the straps when the crash happened Feb. 21 in the Lehigh Tunnel, about 70 miles (112 kilometers) north of Philadelphia.

Thursday’s report said that less than a week before the trucker was killed, the turnpike had hired a contractor to replace its electrical distribution system in the tunnel, a plan that called for moving the metal conduits to a safer part of the tunnel.

A message seeking comment was left with the Pennsylvania Turnpike Commission.

The NTSB said the highway administration must emphasize the “importance of inspecting, documenting and properly repairing significant corrosion in nonstructural elements above roadways” and its manual on maintenance and inspection must be revised.

New Jersey truck driver Howard Sexton III was about a quarter way through the tunnel when he struck a 10-foot section of conduit that had come loose. It penetrated his windshield and struck him in the head. Other vehicles were damaged but the 70-year-old driver was the only fatality.