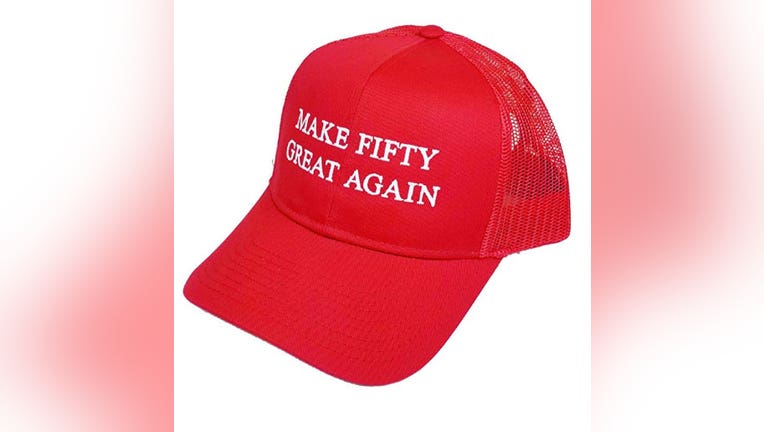 NEW YORK - A man says he was assaulted by a woman while out celebrating his birthday because of the hat he was wearing.

Daniel Sprague of Staten Island took to Facebook to share photos of his bloodied face and himself wearing a 'Make Fifty Great Again' hat and a shirt that read 'Making America Great since 1970.' The hat and the shirt play off the Trump campaign slogan, 'Make America Great Again.'

Sprague says he was in a bar in Tennessee with his wife last week when the woman swung him around and punched him in the face while grabbing his hat.

"I would assume that she had a ring or she maybe even had a set of keys or something to get it because it is pretty deep and it goes to the bone," Sprague told local news station WSMV.

Sprague was given the hat by his wife as a birthday gift.

"The next morning I filed an official report with Nashville PD and I am awaiting to hear back from the Detectives on where they stand with the investigation," wrote Sprague.

NYC Council Member Joe Borelli, a friend of Sprague's, shared the same photos with the caption:

"In @realDonaldTrump derangement syndrome news: Meet my pal Danny. He’s a retired #NYPD, & a pillar of our community Goes to #Nashville to celebrate his 50th. Wears a “Make Fifty Great Again” Hat. A woman punches him (she thinks it’s a MAGA hat) & flees the scene."

"Other then the unfortunate incident it was an excellent B-Day weekend," wrote Sprague.