Officers are asking members of the public to avoid the area of Hawthorne Street and Ulsted Avenue in the city as the cleanup is underway. A precautionary shelter-in-place order was also in effect for nearby homes but officers say there is "nothing airborne" from the wreck at this time. 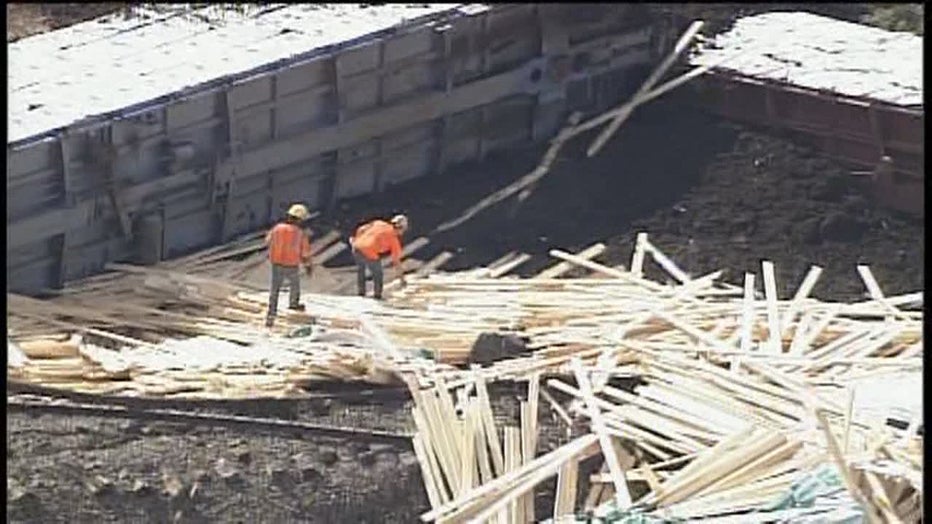 Aerial video shows lumber that spilled from the train on Saturday.

The derailment was first reported around 1:34 p.m. off of Eastgate Road. No injuries have been reported, but HAZMAT teams have responded.

Police initially reported 50 cars had gone off the rails, but a Union Pacific spokesperson said about 28 cars have derailed. The spokesperson added that the train was carrying "mixed commodities" including two cars that are leaking hydrochloric acid. Union Pacific says it is working with local authorities to develop a response plan. It's unclear how much acid is leaking.

Speaking with members of the media, the Freeborn County emergency management director said there was no threat to the public from the leak.

"Union Pacific is mobilizing their teams as we speak and they’ll be getting that clean-up process," said Emergency Management Director Rich Hall. We did place some barriers so it couldn’t get into Albert Lea Lake and Fountain Lake, those were done approximately 3:15 today."