Penns Grove, N.J. - A family is looking for answers after a man they say was kind-hearted was gunned down in Salem County Thursday. They say he was just an innocent bystander.

"He was loved by a lot of people. This right here was senseless," said Nokomis Waters standing outside an all too familiar scene.  Balloons and candles mark an area in the aftermath of gun violence.  It’s where 26-year old Tayshon "Sapp" Hayward took his last breath after someone shot him to death just outside his relative's home in Penns Grove. 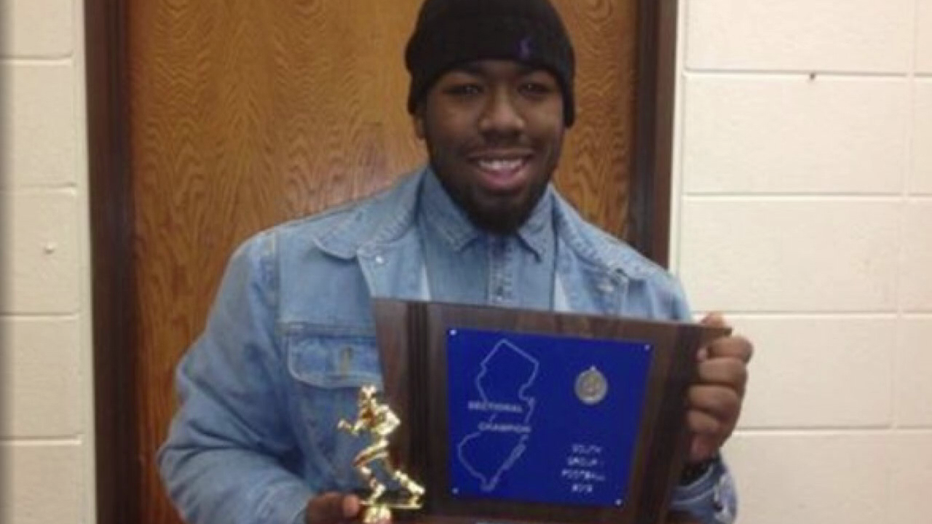 Waters is now grieving a loss no parents want to live. Her son is gone.

“I don’t feel as though my son deserved this. To lay down and die in the back of us…it’s really senseless. All the gun violence is senseless,” Waters added.

It happened after 8 p.m. Thursday. Family members say there was an argument between a man and one of Tayshon’s cousins. They say Tayshon stepped in to try and stop it all.

“Tayshon was just stepping in to disperse and calm the situation down and that party had left and came back. Came back with bad intentions,” community activist Walter Hudson said,

“Within the last week, there have been a total of eight shootings, three people hit and one fatality,” Hudson added.

Hudson says he’s been meeting with prosecutors around South Jersey to try to get funding for an initiative to curtail the gun violence.

“Where you bring your gun, no questions asked and we give you money or a food voucher so that may be one of the things I would like to revisit for my community,” Hudson explained.

But, the family is grieving Tayshon, who they say was kind-hearted, loved fishing and playing sports.

“He’s a great person. He would give the shirt off his back to anyone. And, he just wanted to make you laugh and didn’t want to hold any grudges,” said Robert Hayward, Tayshon’s brother.

“The only reason I can go on is because of my spirituality. I know prayer changes things,” Waters said.

She also says police have good leads and she's thankful for them.

FOX 29 called police and the Salem County Prosecutors Office and is waiting to hear back from them. A vigil is planned for tomorrow night at 7 at the scene at Penns Grove Gardens Apartments.