What is salmonella infection?

People with salmonella infection often suffer diarrhea, fever, and stomach cramps after getting in contact with infected animals, their feces, or their environment or eating contaminated food or drinking contaminated water.

Twenty people in eight states have become ill with salmonella in an outbreak being linked to salami sticks, the U.S. Centers for Disease Control and Prevention (CDC) said on Saturday.

The CDC warned the public not to eat Citterio-brand Premium Italian-Style Salame Sticks and advised businesses to stop selling them. The salami sticks are commonly found at Trader Joe’s and other grocery stores.

"Nine people were interviewed about foods they ate before getting sick, and eight reported eating or maybe eating this product," the CDC said in a news release. "Investigators are still working to determine if additional products may be contaminated."

Salmonella bacteria cause an estimated 1.45 million infections per year. It is also responsible for 26,500 hospitalizations and 420 deaths each year.

Most people who get ill from Salmonella develop diarrhea, fever and stomach cramps. Symptoms can begin between six hours and six days after infection — and they can last four to seven days. 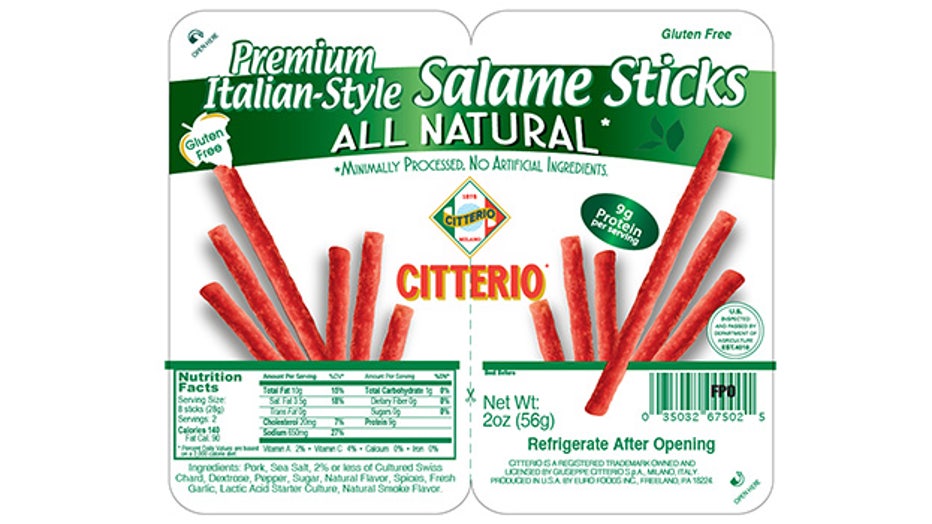 A multi-state salmonella outbreak has prompted the CDC to ask the public not to eat Citterio-brand Premium Italian-Style Salame Sticks and advise businesses to stop selling them. (Source: CDC)

The CDC said most people recover without specific treatments. But toddlers, elderly and immunocompromised people may require hospitalization or treatments like antibiotics.

According to the CDC, infected persons should call their health care provider if they have the following symptoms:
Diarrhea and a fever higher than 102°F