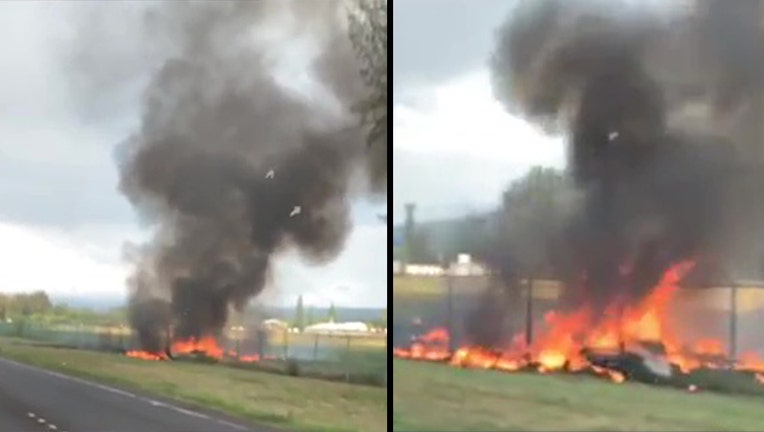 There were no survivors in the crash of the King Air plane near a small airport, Hawaii Department of Transportation spokesman Tim Sakahara said.

"Upon arrival, we saw the plane fully engulfed in fire," Honolulu Fire Chief Manuel Neves told reporters on the scene. "The first crews on scene extinguished the fire."

Neves said the crashed occurred near the perimeter fencing of the small airport. "They're quite a ways away from the runway," he said.

Names, ages and genders of the deceased have not been released.

The crash occurred near the small Dillingham Airfield, an airport on the North Shore. The highway fronting the airport was closed in both directions.

Other details of the crash, including whether the plane was landing or taking off at the time of the crash, weren't immediately known, Sakahara said.

Officials initially reported that six people had been on board.