FOX 29's Chris O'Connell has more on New Jersey residents who got a glimpse of a SpaceX rocket tearing through the sky early Sunday morning.

What was first thought to be a meteor has now been confirmed to be a Space X booster.

According to Derrick Pitts, a space expert from the Franklin Institute, "It flew NE along the east coast as it headed up to orbit. The mission was to deploy 60 Starlink Comm sats."

The space company sent up its 22nd batch of 60 Starlink satellites from Kennedy Space Center in Cape Canaveral on Sunday. 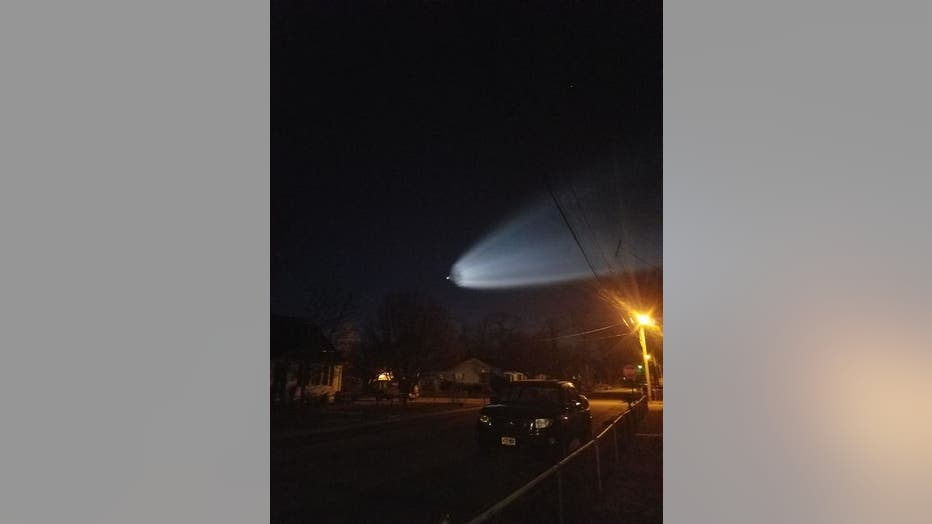 SpaceX says Starlink can deliver high-speed broadband Internet to locations where access has been unreliable or completely unavailable, "ideally suited for areas of the globe where connectivity has typically been a challenge."

There are said to be hundreds of Starlink satellites already in orbit, the largest constellation of artificial satellites. The plan is to eventually have thousands of them in orbit.