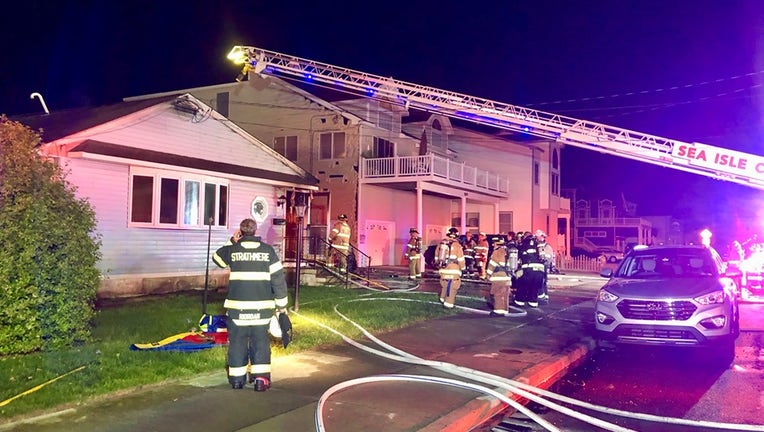 SEA ISLE CITY, N.J. - Authorities say a vehicle fire spread to a home at the New Jersey shore, destroying the residence shortly after several people had arrived there to spend the Memorial Day holiday weekend.

The fire in Sea Isle City started just before 11 p.m. Thursday, when an SUV in the driveway caught fire. The flames quickly spread to the garage and then to the home, and heavy flames soon engulfed the residence.

Firefighters battled the blaze for about 40 minutes before it was brought under control. No injuries were reported in the blaze.

Authorities say it's not yet known what sparked the fire in the SUV.

It wasn't immediately known if the people at the home owned the residence or had rented it for the holiday.