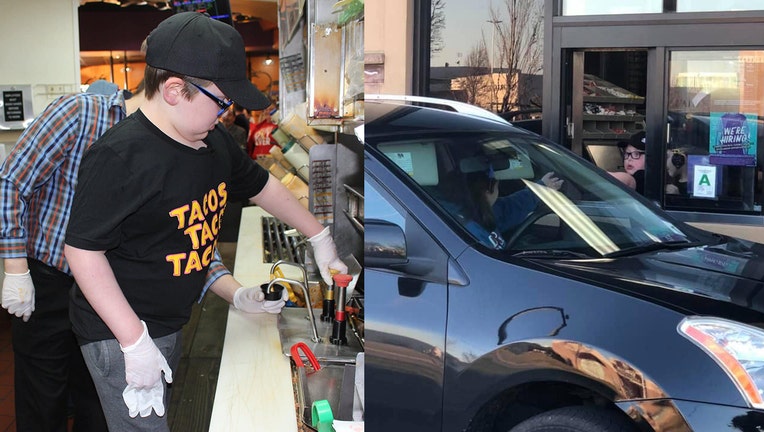 FOX NEWS - There’s no minimum age requirement for having a dream.

A young boy recently got a chance to work at his favorite restaurant: Taco Bell. The restaurant was happy to bring the young man on board, especially after it was revealed that he has brain cancer.

Despite being only 8 years old, David Turner Jr, from Louisville, Ky., couldn’t wait to start working. In 2018, he was diagnosed with a brain tumor, WDRB reports. Recently, his family learned that the tumor is progressing, prompting them to make sure that every day counts for David.

According to his mom, Elizabeth, David kept asking how old he would have to be to work at the restaurant.

“I told him 15,” she told the news outlet. “He told me, ‘That’s ridiculous because I could make tacos.’ And then he went on to explain a 10-year-old could make tacos and mind you, he is 8.”

After contacting the owner of the same Taco Bell that his mom worked at when she was in high school, David was hired.

“I will say, I was shocked that that was his dream, but I was so excited when he came in here,” explained owner Judd Wishnow. According to him, David did a great job taking orders from customers and helping out in the dining room. 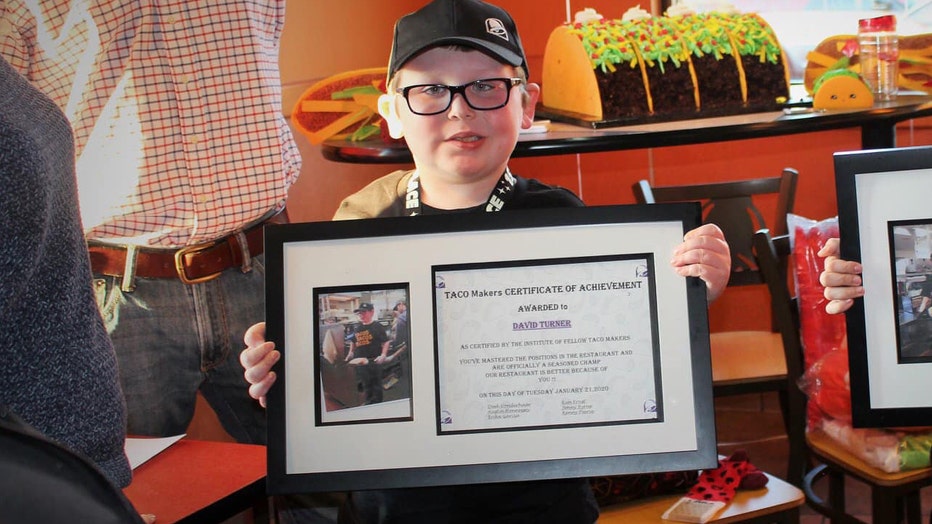 “David was the kind of kid who clearly knew how to work the audience,” Wishnow explained. “He was very good at upselling and doing stuff on his own. You have to be impressed.”

“It's exciting because unfortunately he may not be 15 and have a first job with the type of diagnosis he has,” his mom told WDRB.

As for David, he was excited to tell the news outlet about his favorite Taco Bell item. “Nachos, nachos, nachos are No. 1,” according to him.