Following the antics of an Alaskan Family, the Tobins, Single dad Beef, played by Nick Offerman who is best known for his role as Ron Swanson in "Parks and Recreation," attempts to keep his wacky family close.

He’ll have to work especially hard to solidify a relationship with his only daughter, Judy (Jenny Slate), a unique child who’s artistic dreams lead her astray from the family fishing boat and into the glamorous world of the local shopping mall.

RELATED: Love stories, action, romcoms: These movies are perfect for Valentine’s Day — and free to stream on Tubi

Judy’s older brother, Wolf (Will Forte), his fiancé, Honeybee (Dulcé Sloan) and 10-year-old-going-on-50 little brother, Moon (Aparna Nancherla) round out the rest of the family as Judy works to seek guidance in her life.

And what better guide than her imaginary friend Alanis Morissette, guest-voicing as herself.

The show takes place in Lone Moose, Alaska, where the best parts of "Bob’s Burgers" meet the great outdoors and an all-star cast.

Writing duo Wendy and Lizzie Molyneux, who both won an Emmy for their work on "Bob’s Burgers," bring their iconic sense of endearing humor to the Tobin family who are forced to unite in the face of minor obstacles.

While "The Great North" premieres on Valentine’s Day, fans can get all the Alaska content they need with these great adventures offered on Tubi: 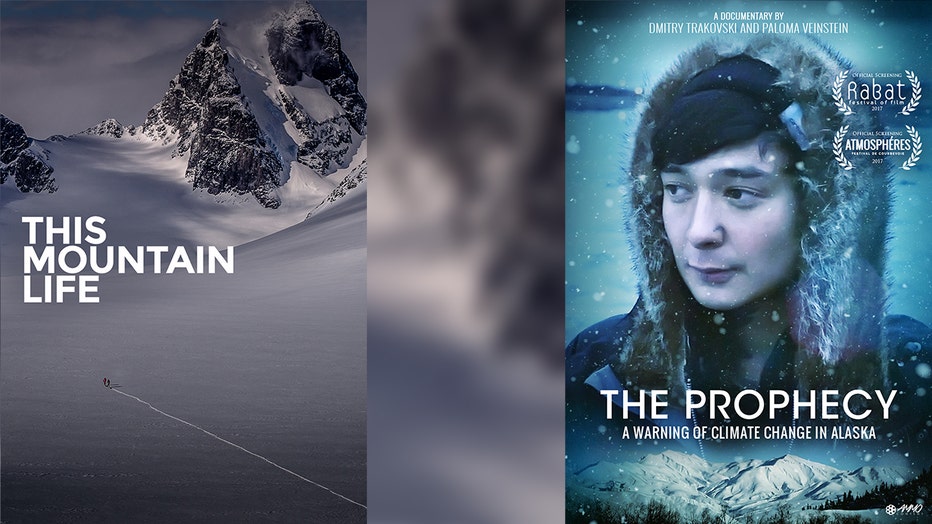 The movies and more streaming on Tubi. (Tubi.)

Yukon Kings (2013) - "Set in the remote Alaskan Yukon Delta, follows Yup'ik fisherman Ray Waska as he teaches his grandkids how to fish during the summer salmon run."

Alaska Off-Road Warriors (2015) - "Competing for a $100,000 prize, five teams of off-road racers blaze a trail across the Alaskan backcountry for a journey of epic proportions."

The Alaskan Frontier (2016) - "See Alaska without leaving home in this remarkable journey of America’s largest state and last frontier, filled with wildlife and icy snowscapes."

Wild Alaska's National Parks (2017) - "Experience Alaska's national parks and the unfolding of nature and the animals that call the land home in this breathtaking documentary."

The Prophecy: A Warning of Climate Change in Alaska (2018) - "Documentary about an Alaskan indigenous group, the Yupik, whose elder long ago predicted the crisis of climate change with a changing world."

Alaska Missionaries (2019) - "Join a team of intrepid missionaries as they run the Suicide Prevention Summer Camp at Camp Nahshii on the upper Yukon River in central Alaska."

Sugar Mountain (2016) - "Two brothers evade debt by faking their disappearance in Alaska’s wilderness, but their hoax brings worse troubles than those they tried to escape."

Call of the Wild (1972) - "During the 1898 Alaska gold rush, a prized house dog is stolen and forced to run with a sled team, but finds himself drawn to the natural life."

This Mountain Life (2019) - "A mother and daughter trek 1,429 miles from Vancouver to Alaska, in a feat achieved only once before, and learn about human passion and sacrifice."

Wildlike (2015) - "Sent to live with her lecherous uncle in Juneau, a teen runaway treks back to Seattle through the Alaskan wilderness with the help of a gruff hiker."