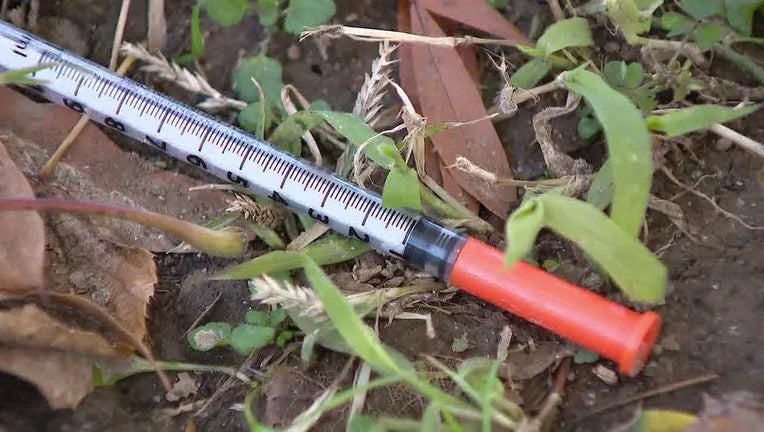 PHILADELPHIA - A divided appeals court on Tuesday rejected a plan to open a supervised injection site in Philadelphia to try to reduce overdose deaths, concluding the operation would violate a 1980s-era drug law aimed at "crackhouses."

The 2-1 decision proved the latest setback for city officials, an ex-governor and public health advocates who support the Safehouse plan as more than 100 people die in the U.S. each day from drug overdoses. They have faced opposition from U.S. Attorney William McSwain, an appointee of President Donald Trump, and neighborhoods where they hoped to open.

"Its motives are admirable. But Congress has made it a crime to open a property to others to use drugs," Bibas wrote for the 3rd U.S. Circuit panel, overturning a district judge who found the plan legal given its goal of reducing drug use — not promoting it — through counseling and other services.

Ronda Goldfein, the vice president of Safehouse, said the need has only increased during the pandemic. Public health officials expect the data to show an increase in drug overdoses for 2020, she said. In recent years, about 1,100 people have died in Philadelphia from overdose deaths each year.

"We know that vulnerable people are living on the edge. It doesn’t take much of a disruption, let alone a pandemic, to really push them over," said Goldfein, who said Safehouse would continue to press its legal fight.

"We remain confident that the law was not designed for Americans to stand by silently as their brothers and sisters die," she said.

McSwain went to court himself to challenge the proposal, a move top prosecutors typically reserve only for the highest-priority cases. He called Tuesday's ruling "consistent with Congress’s intent to protect American neighborhoods from the scourge of concentrated drug use."

It’s not clear how long McSwain will remain in the post after President-elect Joe Biden takes office on Jan. 20. The case, for now, returns to District Judge Gerald A. McHugh for further action. Safehouse organizers could also the full 3rd U.S. Circuit Court to hear the case.

Similar facilities have long operated in Canada and Europe and have been considered by several U.S. cities, including New York and Seattle. Smaller, unofficial sites have also popped up in some cities.

Circuit Judge Jane R. Roth, who dissented from Tuesday’s opinion, called it "absurd" for opponents to say that Safehouse would violate the law in allowing drugs to be consumed onsite, but not parents who let children use drugs in their homes to try to keep them alive.

She meanwhile called the original "crackhouse" statute at the core of the case "nearly incomprehensible."