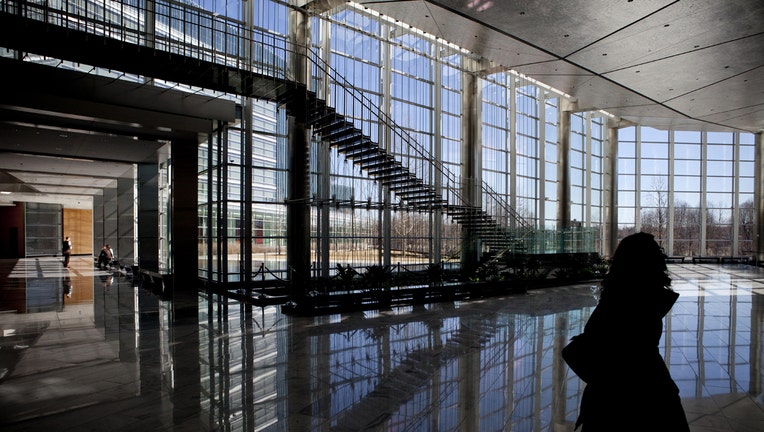 MCLEAN, Va. - The headquarters of USA Today was evacuated Wednesday afternoon as police responded to reports of a man with a weapon in the building outside Washington.

The newspaper reported that alarms sounded and police squad cars converged on the scene as employees waited outside. Law enforcement officers with rifles and body armor patrolled the area and a helicopter hovered overhead.

Officers were working to clear the building, Fairfax County police said. The department tweeted shortly after 1 p.m. that so far officers hadn't found "evidence of any acts of violence or injuries."

The incident came as the nation reels from its latest mass shootings -- at a Walmart store in El Paso, Texas, and an entertainment district in Dayton, Ohio. A combined 31 people were killed and dozens wounded in less than 24 hours in those two weekend attacks.

Photos from the scene Wednesday in McLean, Virginia, showed flags flying at half-staff.

The incident occurred just two days after GateHouse Media, a fast-growing chain backed by an investment firm, announced it was buying USA Today's owner, Gannett, in a $1.4 billion merger of two of the largest U.S. newspaper companies.

The companies said they were committed to journalistic excellence while also cutting costs by $300 million annually. The combined company would have more than 260 daily papers in the U.S. along with more than 300 weeklies.

The move comes amid the continuing circulation decline for print newspapers as more people turn to their computers and smart phones for news.