LOS ANGELES - Taking what she sees as a potentially life-saving step in the aftermath of nine recent USC student deaths -- some of which are suspected of being drug overdoses -- the president of a university sorority said she hopes to make the overdose-reversal drug Narcan available to her members.

In an interview with USC's student-run Annenberg Media, Kappa Kappa Gamma USC chapter president Maddie Drossos said it makes sense to have the medication available in case of an emergency.

"I don't necessarily, by getting Narcan, anticipate having to use it anytime soon, and I hope I won't," Drossos told Annenberg Media. "But I feel like it's just like keeping a fire extinguisher in the house. I don't expect to have a fire, but if something like that does happen I want to be prepared."

Narcan is being increasingly provided to first-responders across the Southland and country so it can be administered quickly to overdose patients in the field. Citing numbers from the U.S. Centers for Disease Control and Prevention, Annenberg Media reported that the medication reversed more than 10,000 overdoses between 1996 and 2010.

Drossos said the idea of having Narcan available at the sorority stems in part from the recent deaths of nine students at the school. While three of the deaths have been labeled suicides, authorities have said some of the others are suspected to be drug overdoses. 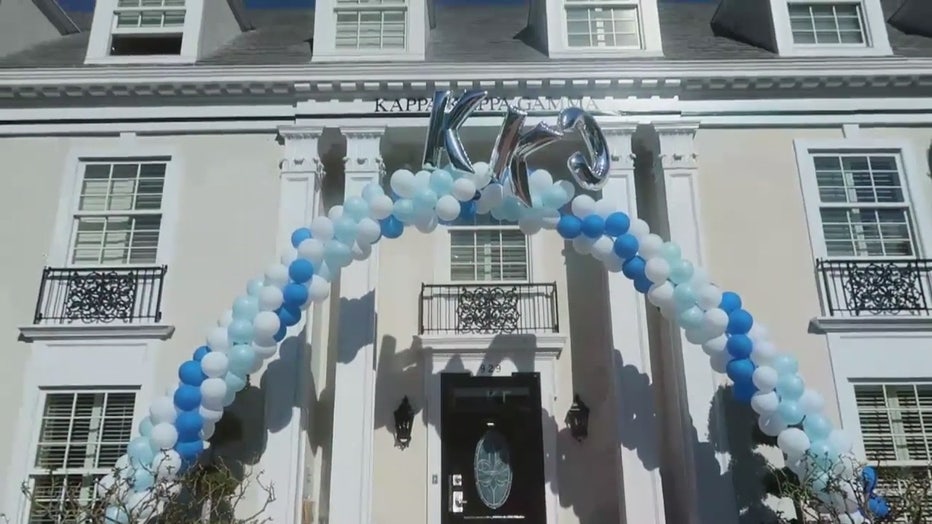 Drossos told Annenberg Media a recent email sent to students by the campus Department of Public Safety that noted the effectiveness of Narcan in overdose cases.

"At the bottom it said that if you think that you face these issues you can have a doctor prescribe Narcan," she said. "So I thought, that's a great resource but I would rather take the action to get it for my members than have to make them get it for themselves."

She said that while she is just focused on her sorority, she thinks USC should consider making it readily available on campus.

"After everything that's been going on campus the last few weeks, I think that it's a really quick solution just to have it on hand, whether it be at the house -- but also just at events," she said.