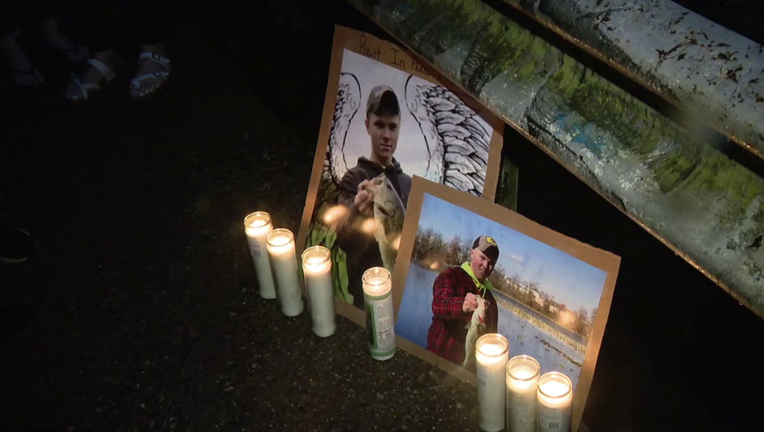 LEVITTOWN, Pa. - A teen has died after falling out of his kayak in a rain-swollen creek in Levittown.

“He had the biggest heart I’ve ever met,” said Joey Vannauker.

Candles lined the path to the spot at Mill Creek in Levittown where 16-year-old Phil Oseredzuk lost his life.  Dozens of teens and others who knew him came out in the pouring rain to remember their friend.

Teen dies after falling into creek in Levittown

Jake Langan organized the vigil for his best friend.

“I’m like his little brother. He’s here one-minute next thing you know he’s gone the next and I just talked to him before he passed way,” he said.  They played country music which Phil loved and set up pictures along the creek.

A group of friends shed tears talking to me about how Phil was an all-around great kid.

“It’s just amazing seeing how many people cared about him and knew how he lived. It’s just all the people he showed love to,” said Brian Nelson.

“Always out working, making his own money and bought everything for himself,” said Justin Langan.

Phil started a landscaping business and handled about 50 lawns under business.

He was a student at Neshaminy High and played hockey.

"I played hockey with him since we were little too and he always had the same work ethic. He put everything to it all the time,” said Nelson.

Investigators say last night along the creek Phil fell out of a kayak while out during the storm.  Rescuers worked on him on the scene and rushed him to CHOP but he later died.