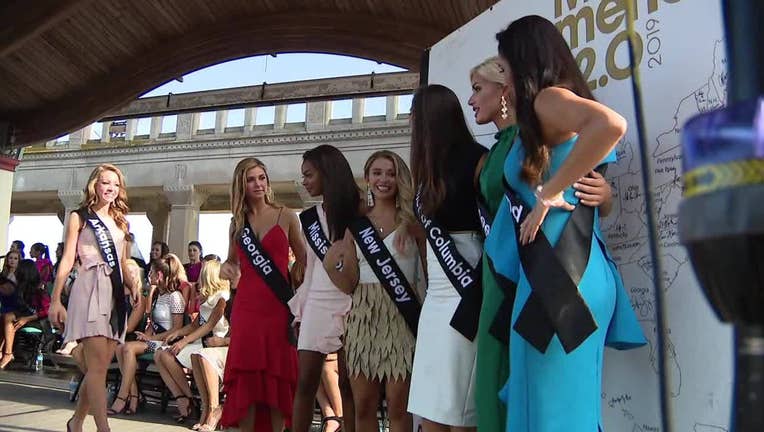 ATLANTIC CITY, N.J. - The Miss America Organization has denied credentials to at least three media outlets seeking to cover this year's competition, including its longtime hometown newspaper, The Press of Atlantic City.

Others who received denials in recent days include The Washington Post and Bravura, a lifestyle magazine.

No reasons were given for the denials, which were communicated by email to the media outlets. The emails also suggested representatives of affected outlets attend events that are open to the public.

In a statement, the Miss America Organization defended its right to decide who should be credentialed.

W.F. Keough, managing editor of The Press of Atlantic City, said his newspaper is reapplying for credentials.

“The Press of Atlantic City has been covering Miss America for nearly 100 years, so we're disappointed to have been arbitrarily excluded from this year's finals,” he said in a statement. If paper remains barred, Keough said the it will do its best to report on the competition anyway.

Regina Hopper, president and CEO of the Miss America Organization, did not respond to messages seeking comment between Thursday and Monday, and it was not immediately clear if any other media outlet seeking credentials had been denied. Several outlets that had routinely covered the competition said they did not seek credentials this year.

The Press and the Washington Post had both covered criticism of the Miss America Organization from numerous state groups unhappy with how the competition was being run. Changes brought about by the group's new leadership included the elimination of the swimsuit competition.

Miss America began in 1921 on the Atlantic City boardwalk as a way to extend the summer tourism season past Labor Day weekend. It grew over the decades and, aside from a brief detour to Las Vegas, had been held in Atlantic City for most of its nearly 100 years.

This year's competition was moved to the Mohegan Sun casino in Connecticut. The finale is scheduled for Dec. 19.