WASHINGTON - President Biden reiterated his administration’s effort to get U.S. forces out of Afghanistan, after a deadly suicide bomb attack at the Kabul airport.

Speaking with emotion from the White House, Biden said the Islamic State group's Afghanistan affiliate was to blame for the attacks. 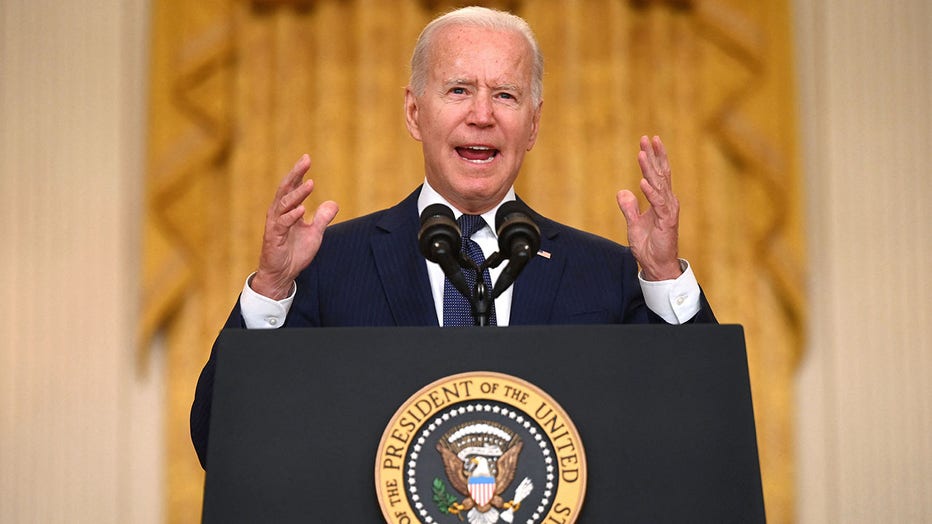 US President Joe Biden delivers remarks on the terror attack at Hamid Karzai International Airport, and the US service members and Afghan victims killed and wounded, in the East Room of the White House, Washington, DC on August 26, 2021. - The 12 US

Two suicide bombers and gunmen attacked crowds of Afghans flocking to Kabul's airport Thursday, transforming a scene of desperation into one of horror. The attacks killed at least 60 Afghans and 13 U.S. service members, Afghan and U.S. officials said.

Biden vowed Thursday to complete the evacuation of American citizens by August 31.

"We're going to try to continue to get you out. It matters," Biden said.

As many as 1,000 Americans and many more Afghans are still struggling to get out of Kabul.

The IS affiliate in Afghanistan has carried out many attacks on civilian targets in Afghanistan in recent years. It is far more radical than the Taliban, who seized power less than two weeks ago.

"We will respond with force and precision at our time, at the place of our choosing," Biden continued, adding, "These ISIS terrorists will not win. We will rescue the Americans; we will get our Afghan allies out, and our mission will go on. America will not be intimidated."

Gen. Frank McKenzie, head of U.S. Central Command said the attacks would not stop the United States from evacuating Americans and others, and flights out were continuing. He said there was a large amount of security at the airport, and alternate routes were being used to get evacuees in. In addition to the many Afghans, the State Department estimated there were as many as 1,000 Americans in Afghanistan who may want help getting out.

RELATED: ISIS-K: What to know about Taliban rival seen as threat to Afghanistan evacuation

Shortly after McKenzie spoke, the Islamic State group claimed responsibility for the killings on its Amaq news channel.
House Speaker Nancy Pelosi ordered flags at the U.S. Capitol to be flown at half-staff in honor of the U.S. Servicemembers and others killed, a spokesperson for the speaker said Thursday.

This story was reported from Los Angeles. Austin Williams, Kelly Hayes and the Associated Press contributed.