Kelly Rule reports on the store owner bringing a neighborhood together after a fire.

WEST PHILADELPHIA - The unfortunate reality of the upcoming Thanksgiving holiday is not everyone will have a place to go.

One Philadelphia business owner is changing that reality a few days early and giving his neighbors something to look forward to every year.

“I was in the shower and I this boom,” stated Marla Oliver, whose home was damaged during an auto body shop fire. 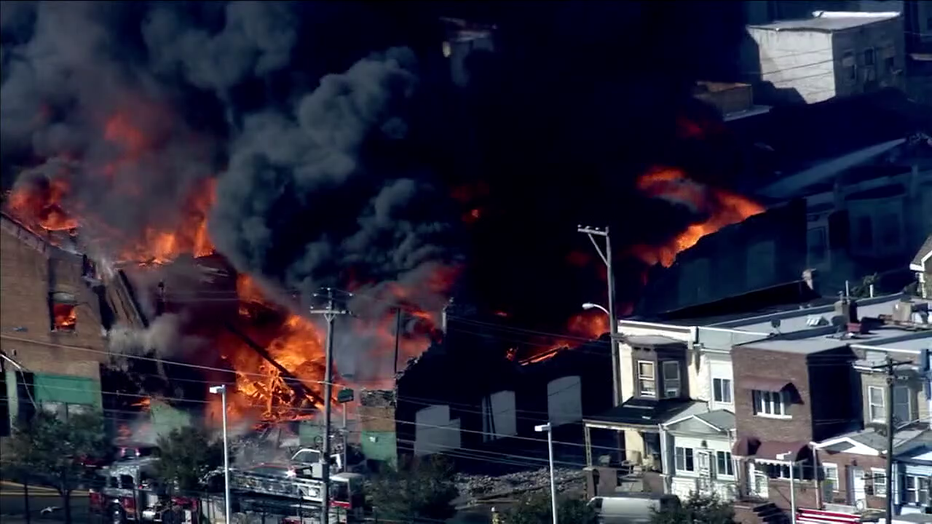 One month later, Oliver says she feels grateful she can sit on the front step of her porch.

“A friend of mine is a chemist. He said ‘You guys were really, really lucky. It could’ve just been a domino effect,'” Oliver explained.

Really lucky the fire that erupted at an auto body shop in October on South 60th Street near Spruce Street, that collapsed walls and sent bricks flying, left her home with some smoke and roof damage. No one was injured, but a family of five was forced out of their home.

“She lost everything. She had to go,” Oliver added.

The traumatizing day was a big motivation for the owner of Siddiq’s Real Fruit Water Ice, a block away, to do something for the neighborhood. For the third year, he organized a block party that included an early Thanksgiving dinner.

“You are talking about an area that’s coming back from drugs and crime and stuff like that, so therefore, we have to stimulate good,” Siddiq Moore, owner of Siddiq’s Real Fruit Water Ice, stated.

“Thanksgiving and holiday time, it brings folks together,” Oliver added.

Moore says it’s a community-effort to chip in to make it all possible. Something he says the holidays should really be about. 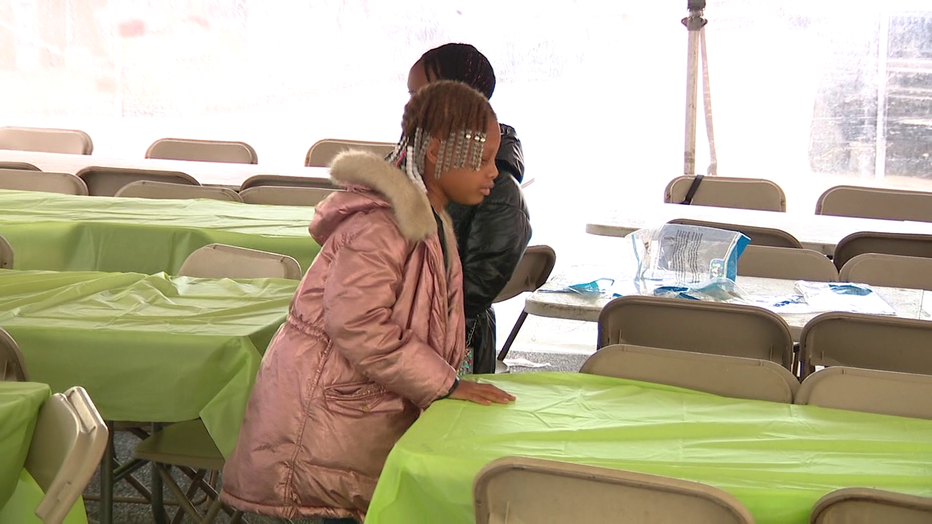 Giving Thanks Dinner in West Philadelphia

“There’s a lot of positive work that’s happening in the community and people need to see more of it,” Moore said.