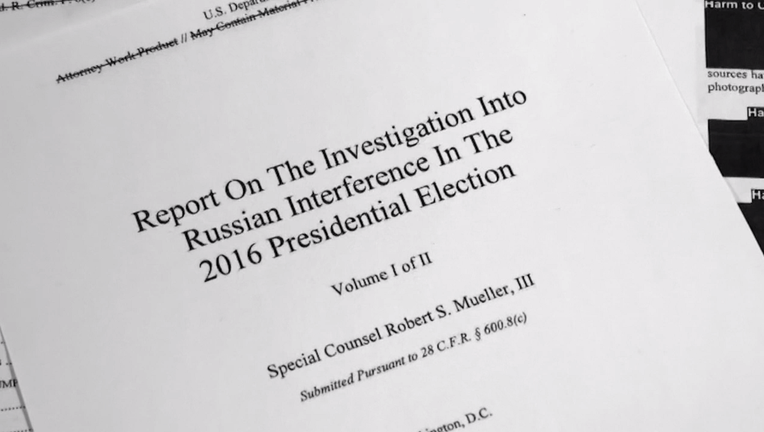 WASHINGTON - Democrats want incriminating, hidden-till-now details about Donald Trump and Russia. Republicans want Robert Mueller to concede it was all a waste of time and money, if not an outright hoax.

Neither side is likely to get just what it wants Wednesday, but the former special counsel's first open testimony on his investigation has Washington and the rest of the political world in a high state of anticipation just the same.

Some things to look for when Mueller appears before the House intelligence and judiciary committees to answer questions about his investigation into Russian interference in the 2016 election and possible cooperation with the Trump campaign.

Much of Mueller's report focuses on the question of whether Trump obstructed justice, and Democrats on the Judiciary Committee say that's where their attention will be, too. And for good reason: His report examines in blow-by-blow detail nearly a dozen episodes in which the new president sought to control the Russia probe, narrow its scope or even have investigators fired.

Democrats say they expect to draw Mueller out in several of these areas. They include his demands that then-White House Counsel Don McGahn press for Mueller's firing and his push to have former Attorney General Jeff Sessions limit the investigation to future election interference rather than past conduct.

The afternoon session before the intelligence committee is likely to dwell more on Mueller's investigation into whether the Trump campaign coordinated with Russia to sway the outcome. Mueller found insufficient evidence of a criminal conspiracy there, but did leave open the question of whether Trump illegally stymied the investigation.

Mueller, an ex-Marine with a famously taciturn style, never relished his congressional appearances in his 12 years as FBI director - and this will be no exception.

He cautioned lawmakers in May that he would not go beyond the pages of his report if called upon to testify. The Justice Department expects him to fulfill that commitment and to also steer clear of discussing the redacted portions of the report or the behavior of people who were investigated but not charged.

That means he's unlikely to answer certain critical questions, including whether he would have recommended indicting Trump himself if Trump had not been president of the United States. That question matters since Mueller cited Justice Department legal opinions that say a sitting president cannot be charged in explaining his decision to not reach a conclusion on whether Trump had broken the law.

Mueller's not one for hypotheticals, though, so it's fair to assume he won't engage Democrats on that one.

Mueller will almost certainly be pressed about tensions with Attorney General William Barr over the way his report was handled and how the Justice Department communicated its findings to the public, including the attorney general's decision to exonerate the president even when the special counsel pointedly did not do so.

Mueller complained privately to Barr in March that the attorney general's four-page letter summarizing the main findings of his report "did not fully capture the context, nature and substance of this office's work and conclusions." Barr, in turn, has called Mueller's note "a bit snitty."

Mueller has made clear he didn't think it was appropriate to make a determination one way or the other about whether the president had committed a crime. He has rejected Barr's assessment that the evidence couldn't satisfy an obstruction of justice allegation, noting both in his report - and, again, in a public statement from the Justice Department podium - that if he had confidence the president had not committed a crime, he would have said so.

Barr had no such hesitation and has said Mueller shouldn't have started investigating the president if he wasn't prepared to reach a conclusion.

Mueller probably doesn't want to extend a public war of words with Barr, a longtime friend and his former boss. But he'll very likely be asked about the dispute, and he may have a hard time getting around it.

Republicans aren't likely to directly attack Mueller himself . The former special counsel is a decorated Vietnam War veteran who steered the FBI through the Sept. 11 attacks and was appointed by a Republican president to run the storied law enforcement agency.

But that doesn't mean they won't have areas to mine.

They're likely to seize on the origins of the investigation and press Mueller on the extent to which the FBI, in the early weeks and months of its Russia probe, relied on information from a dossier of anti-Trump research paid for by Democrats. The Justice Department has acknowledged that the dossier helped form the basis of a secret surveillance warrant it obtained to monitor the communications of a Trump campaign aide, though the investigation had actually begun months earlier and was based on entirely separate allegations.

Republican Rep. Matt Gaetz of Florida, who serves on the Judiciary Committee, foreshadowed that line of attack Monday with a tweet that said: "We have to do more than just question Mueller. We have to expose his biased investigation."

IMPEACHMENT SUPPORTERS WILL BE WATCHING

More than 85 House Democrats - around a third of the caucus - have declared their support for opening an impeachment inquiry, and those who are pushing impeachment are hoping there will be a flood of additional Democrats who side with them after Mueller's hearing.

House Speaker Nancy Pelosi has said she doesn't favor starting an impeachment process, for now, and would need a public groundswell to change her mind.

The House is scheduled to head out on a five-week recess next week, and reaction from constituents back home after the Mueller hearing will be crucial as Democrats decide how to proceed with their investigations of the president.