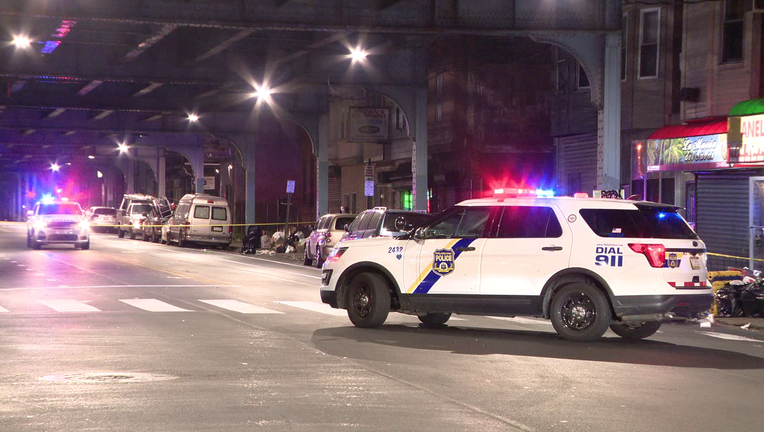 Police investigate after a woman is shot at East Tioga and Kensington Avenue.

KENSINGTON - A 45-year-old woman is fighting for her life after she was shot multiple times in Kensington early Saturday morning.

Police responded to numerous 911 calls regarding a shooting at the corner of East Tioga Street and Kensington Avenue about 2 a.m. Saturday, officials said.

When police arrived, they found a woman had walked a short distance north on Kensington Avenue before collapsing on the sidewalk. She had been shot multiple times in the chest.

She was rushed to Temple University Hospital and was listed in extremely critical condition.

Authorities said 10 to 12 witnesses to the shooting chased a man north on Kensington Avenue. These civilians caught the man, hitting him in the face and detaining him. Police were able to take control of the man and, in so doing, recovered a weapon.

That man was transported to Temple to treat his injuries.