ORANGE COUNTY, Fla. - A woman visiting Florida was arrested after leaving three puppies inside her hot vehicle, two of which died, authorities said.

The Orange County Sheriff's Office said Penelope Stanley, 54, is charged with three counts of animal cruelty after calls were received reporting that the puppies were inside a Dodge Durango that was parked in a hotel parking lot off of Turkey Lake Road. 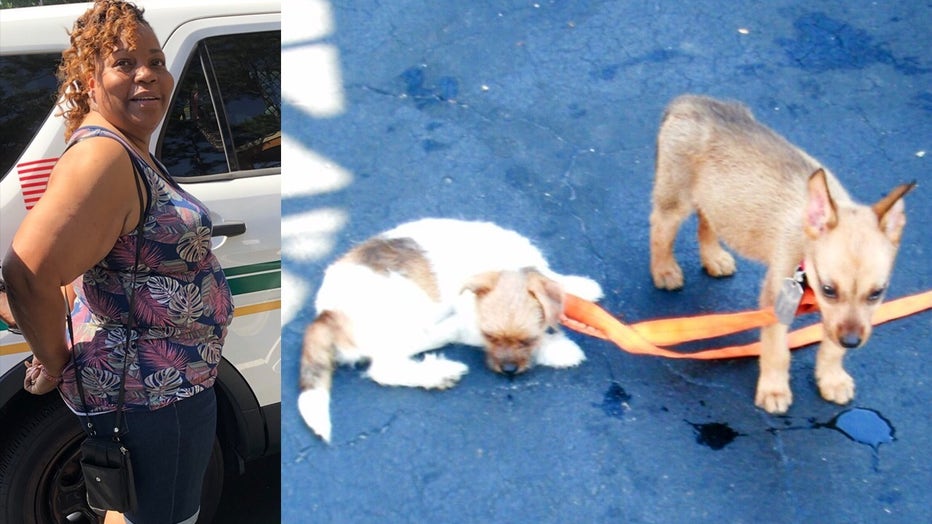 Deputies arrived at the hotel just before 9 a.m. on Tuesday and discovered that four windows of the Durango were cracked, but the doors were locked.  Inside, they saw a six-month-old Chihuahua, a three-month-old Shepherd, and a six-month-old terrier mix.

The Chihuahua, named Minnie, died in the vehicle. The Shepherd mix, named Kiara, was given oxygen and water but later died. The terrier mix, named Gruff, was also treated at the scene and will be okay.

Gruff is currently being cared for at Orange County Animal Services.

The Orange County Sheriff's Office used this arrest to remind the public that if you leave pets in a car and they are harmed or die, you will be arrested.

According to deputies, the temperature inside the SUV at 9 a.m. was approximately 112 degrees Fahrenheit (44 °C)