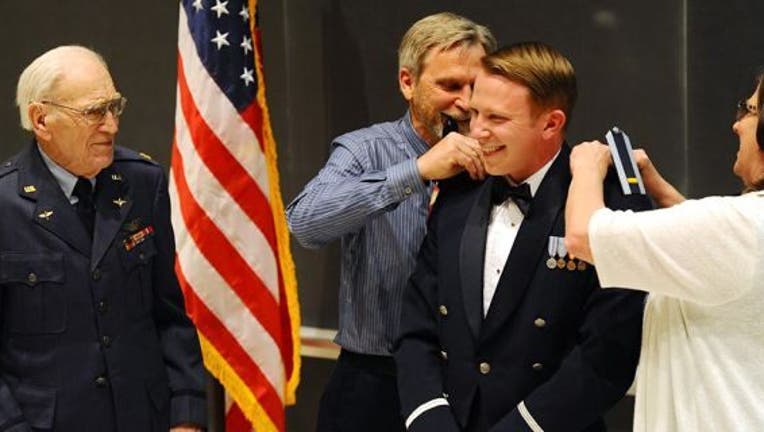 "I'm so excited for him," Joseph's father, William Kloc, told WGRZ earlier in the week. "He's fulfilling his dream and he was so excited that his grandfather, a World War II Air Force bombardier pilot, could come and commission him."

The Air Force posted the moment on social media.

“This is what it's all about," the academy wrote on Facebook. "Walter received a standing ovation, and everyone in the room was gifted with a memory they'll never forget. #USAFAgrad 🎓”

The Colorado Springs Gazette reported that Joseph Kloc was commissioned as a second lieutenant, along with nearly 1,000 of his fellow graduates. Approximately half that number will attend pilot training, while others will become combat systems operators and control remotely piloted aircraft.