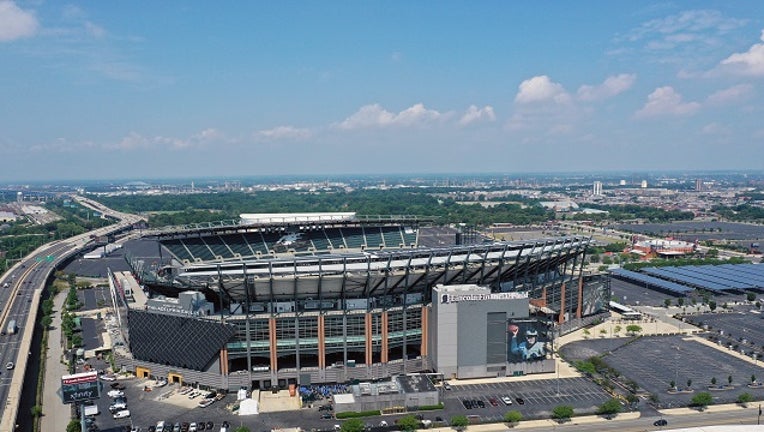 PHILADELPHIA - Philadelphia officials say Eagles fans shouldn't get their hopes up that they'll be allowed to watch the team's season home opener from the stands at the Linc.

City Health Commissioner Dr. Thomas Farley said he's doubtful the city will be in a place with COVID-19 infections to allow for fans to attend the Sept. 20 game in person. He said under current conditions, attendance would be prohibited and that isn't likely to change in the next month.

Mayor Jim Kenney said the city would adhere to health recommendations when deciding whether any sporting event will allow fans to watch from the bleachers this season, including the Army vs. Navy football game scheduled for December at Lincoln Financial Field and any playoff games at Citizens Bank Park if the Phillies were to pull into position.

Kenney previously announced that all outdoor permitted events would be canceled through the end of February including the city's iconic Thanksgiving Day Parade and the Mummers New Years Day Parade. The announcement excluded stadium events, but local and state health department restrictions bar many of those events from occurring with an audience.