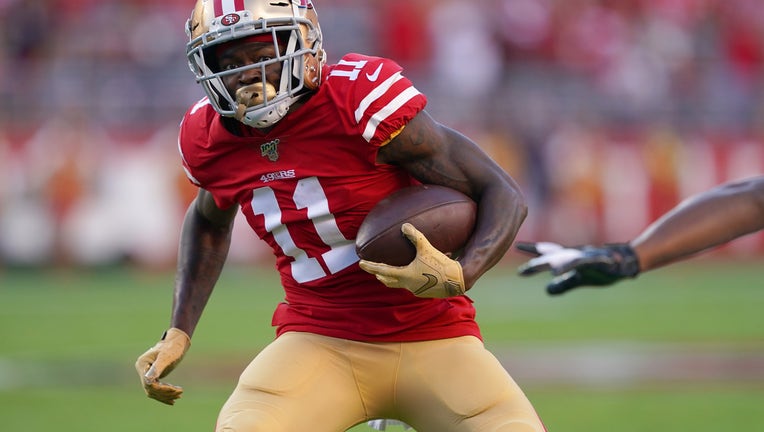 The teams flipped sixth-round picks with Philadelphia getting No. 210 and San Francisco receiving No. 190.

Goodwin spent his first four seasons with Buffalo and past three in San Francisco. He has 140 receptions for 2,323 yards and 13 TDs in his career.

Goodwin has been plagued by injuries and played 16 games only once in 2017 when he had career highs in receptions (56) and yards (962).