It is a question people in and around New Orleans ask themselves every time a threatening storm lurks in the Gulf: a major hurricane like Katrina, which devastated the area in 2005 when levees failed, and now Tropical Storm Barry, which forecasters said was unlikely to become a ferocious hurricane but could still bring historic levels of rain and devastating floods.

The dilemma is one that confronts people anywhere, but New Orleans has a unique set of circumstances: It's particularly susceptible to hurricanes and flooding and, as underscored by Katrina 14 years ago, many of its people are poor. They don't have the financial means or transportation to leave, and after a storm, they lack the resources to rebuild and recover. 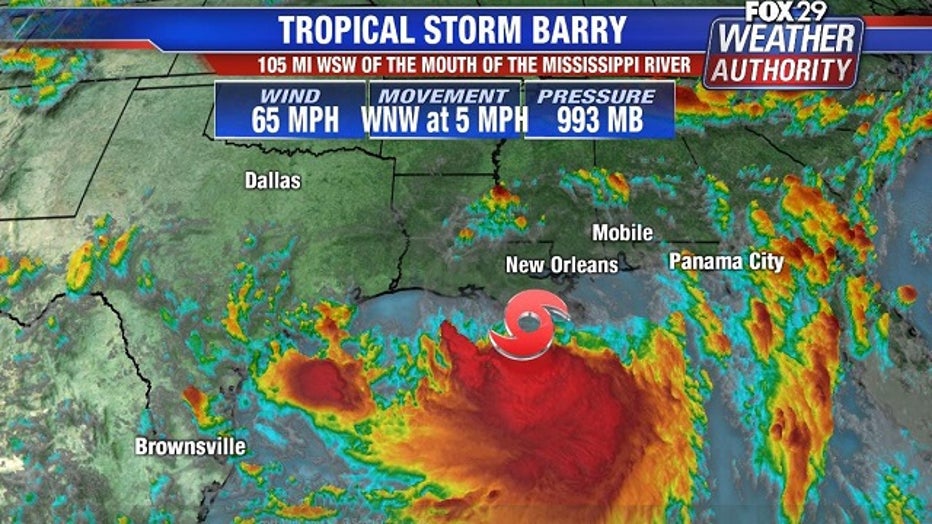 Many remember the heartaches and hardships that befell victims of Katrina - whether they fled or rode it out: the deplorable conditions of the overcrowded Superdome that served as an inadequate shelter; and the harrowing experience of residents who clung to their rooftops as floodwaters swirled around them, sweeping many to their deaths.

Maria Thomas, a self-described housewife and soprano with the Symphony Chorus of New Orleans who lives in the suburb of Metaire with her wife, a local chef, is among those who recall the trauma that accompanied the decision to evacuate during Katrina.

Back in 2005, the couple fled to the house of Thomas' now-mother-in-law north of Lake Pontchartrain, only to have a tree fall into it. But staying wouldn't have been any better: They discovered later that their second-floor apartment was heavily damaged when the apartment above collapsed on top of it.

"Prior to Katrina, storms were fun," says Thomas. "You got to play with flashlights and eat cold soup. It was an adventure. Not long into my adulthood, Katrina happened. It was like everything changed as soon as I became an adult."

Thomas said she will evacuate again this time, but only because she has to: She has multiple sclerosis and can't risk being without air conditioning in the event of a prolonged power outage.

Herman Grady, 72, also evacuated during Katrina. This time, though, he isn't going anywhere.

The city has not called for a mandatory evacuation as happened during Katrina. Mayor LaToya Cantrell has said the storm formed too quickly to prepare for one and won't reach the dangerous Category 3 strength that would trigger an evacuation. But she added that people are free to leave.

"They know their situation better than anyone else," she said.

Nadia Jenkins said she has stocked up on supplies she'll need if she stays and gassed up the car in case she decides to go.

"The river should be taken seriously," she said, adding that she was taking time "to educate myself about the levee system and figuring out the game plan ... if I have to leave."

The reality for many people here is that the choice of staying or going is not really theirs to make. New Orleans was a poor city before Katrina - and still is - and some residents simply can't afford to leave. Many don't have cars. Others have vehicles but are hard-pressed to come up with the money needed to make a long trip or pay for a hotel. Such residents also work in low-paying tourism and service industry jobs that require them to stay in town. With numerous hotels and restaurants still open Friday, many were working right up until the storm's arrival.

"I really don't have any other options," Paul Hughes, a cook at Polly's Bywater Cafe, said of his decision to ride out the storm. He came to New Orleans from Massachusetts five years ago. A motorcycle is his chief mode of transportation.

"My only option would be to get on the bike and go until I get into a cheap motel," Hughes said. "And then I'd have to come back again."