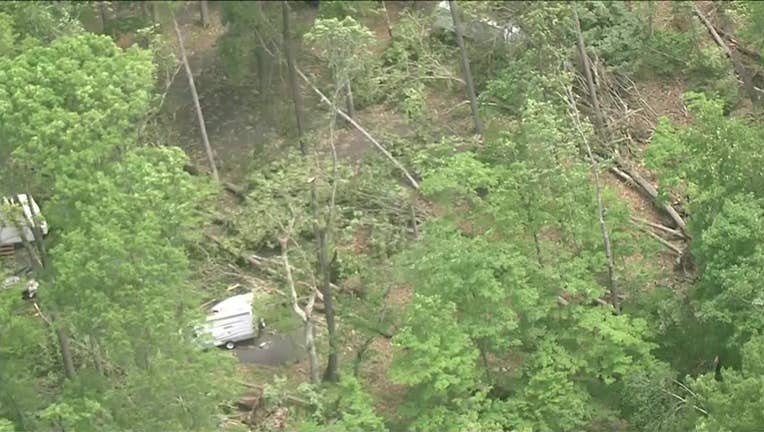 Thursday, the NWS announced a storm survey team had determined an EF-1 tornado briefly touched down over the Bear Valley Campgrounds near Ottsville just before 10 p.m.

Officials say the tornado was tracked from the southwest to the northwest across the property for about a quarter mile.

The tornado was only on the ground for about a minute, but uprooted and snapped several trees in a manner consistent with tornado winds.

DOWNLOAD: Get the FOX 29 Weather Authority app for the latest forecast

Three camping trailers were also significantly damaged by the winds.

An EF-1 tornado is considered weak, with windspeeds registering between 86 and 100 miles per hour.