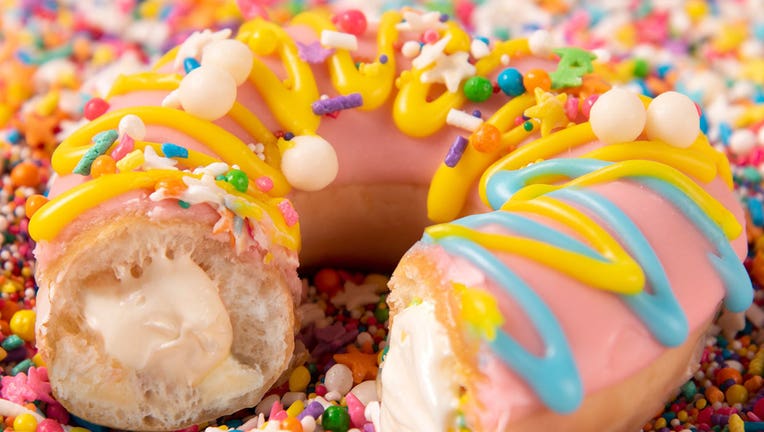 PHILADELPHIA - Krispy Kreme is celebrating its 82nd birthday by introducing a new limited-edition doughnut and offering doughnut-lovers an offer they can’t refuse.

On July 15, Krispy Kreme will introduce a doughnut filled with birthday cake batter. It will then be dipped in strawberry icing and topped with party sprinkles.   It will only be available for a week.

Then, on Friday, July 19, fans can purchase one dozen Original Glazed Doughnuts for just $1 with the purchase of any dozen at participating shops across the United States.

Krispy Kreme recently announced a special doughnut in honor of the 50th anniversary of the moon landing.

The company also announced plans to open a flagship store in Times Square that will feature a "glaze waterfall."  That store is expected to open in 2020.