FOX 29's Shawnette Wilson has the latest after five people were shot in the city's Ogontz section.

"They couldn't get back on their block. I come to pick my son up and it's all this chaos," he said.

Just like the neighborhood in North Philly where six police officers were shot Wednesday, another bock was cordoned off with crime scene tape and evidence markers littering the ground. 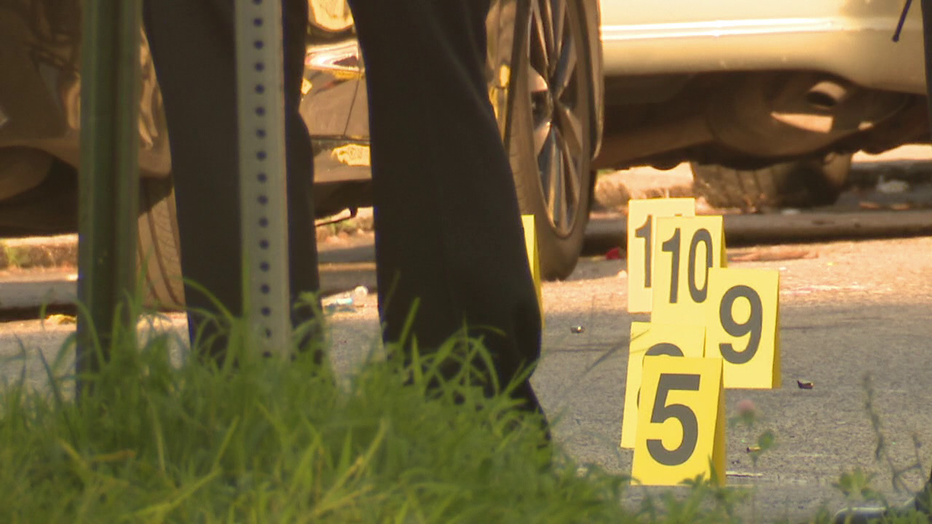 "What can be done? We got cops on patrol. I see foot cops out here. This is what our city has become and what our people have resorted, too," said Rafiq.

Police Commissioner Richard Ross was on scene and says five people between the ages of 17 and 30 years old were targeted and followed then shot while sitting near the intersection.

He says curbing the violence is everyone's responsibility.

"These problems are going to persist unless we collectively get our arms around it and stop pointing the finger at each other. That's never going to solve any problem," said Commissioner Ross.

Jamal Johnson showed up wearing a sign hoping to spur people into action. He’s with the Black Male Community Council of Philadelphia.

"Stop shooting each other and the guys who are shooting turn them in. We got to turn these shooters in. These are rampant killers out here," he said.

The shooting happened a block away from where a mural is painted in memory of a young man neighbors say was shot to death here within the past year. The message on it says stop the violence.

Rafiq is frustrated and says he’s planning to move his 2-year old son out of the neighborhood.

"(The only problem is it's happening everywhere. It's not just one neighborhood) that’s what I'm saying so where do you go? You keep running and you keep running. It's just like a plague. It's following us. It's us. We got to change it," he said.

Police say all but one of the victims were treated at local hospitals and released, while the other is in critical condition shot in the head and chest.

On the scene, investigators had not yet determined a motive or identified suspects. They believe two different caliber guns were used.