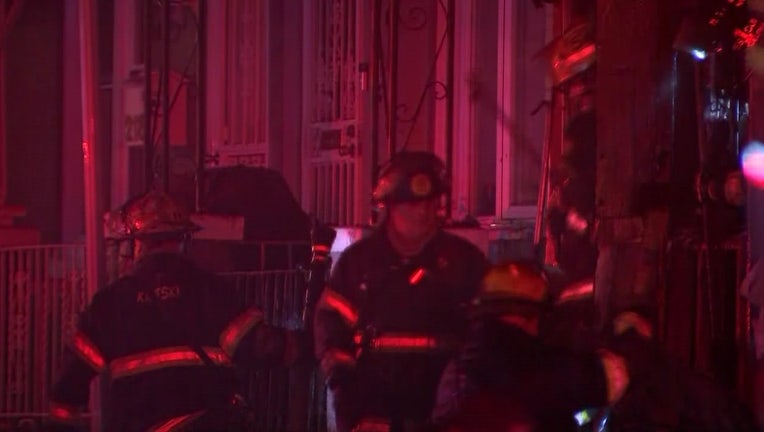 Officials say a 12-year-old and an 80-year-old were injured during a house fire in Cobbs Creek.

COBBS CREEK - A child and an elderly person were rescued from a house fire early Friday morning in Cobbs Creek, fire officials say.

Firefighters from the Philadelphia Fire Dept. were called to the 200 block of Edgewood Street just after 2 a.m. for reports of a house fire.

Officials say a 12-year-old and an 80-year-old were pulled from the home. The child was taken to the Children's Hospital of Philadelphia and the elderly victim was transported to Lankenau Hospital.

Officials have not provided an update on the condition of the victims.

Firefighters placed the fire under control around 3 a.m., according to officials.

It's unknown at this time how the fire started.