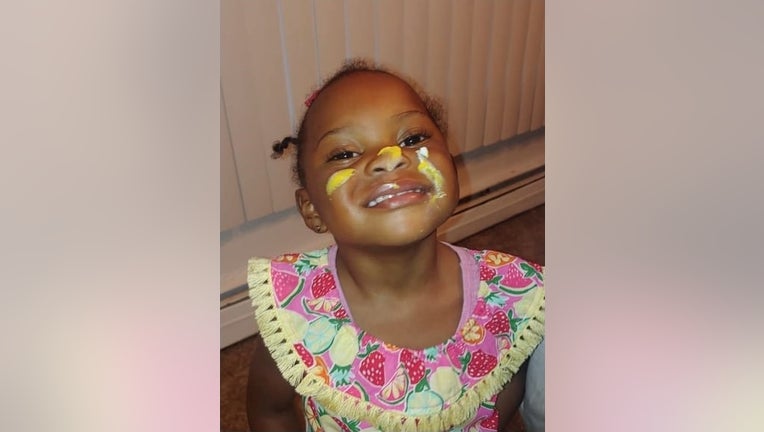 HAMMOND, Ind. - A 2-year-old girl died two days after she was shot in her head during crossfire Wednesday in Hammond, Indiana, according to police.

The Cook County medical examiner’s office identified the child as Joette Malone. She lived in Gary.

She was in a car with her mother about 9:30 p.m. Wednesday when she was caught between two people shooting at each other in the 6900 block of Barrie Lynn Rd. in the Kennedy Crossing apartments, Kellogg said. Struck in her head, she was flown to Comer in critical condition.

Authorities said Joette and her mother were innocent bystanders.

“Our hearts are heavy with this news, and now more than ever, we ask the public for help,” Kellogg said in an email.

“This little girl’s life was stripped from her in an act of senseless violence that will forever impact those who knew her.”

Joette’s death is the latest in a string of fatal acts of gun violence against children.

In Chicago, 14 children have been killed in shootings since June 20, according to Sun-Times records. Four of the victims were 10 years old or younger.

Earlier Tuesday, the FBI announced a $25,000 reward in the murder of 14-year-old Vernado Jones Jr. in Englewood on the Fourth of July.

On Monday, 10-month-old Ny’Ori Askew was shot in her temple while riding in her mother’s car on the Bishop Ford Expressway on the Far South Side. A family spokesman on Tuesday said she was recovering.

Anyone with information on regarding Jo Jo’s murder is asked to call Hammond detectives at 219-852-2906 or email detectives@hammondpolice.com.