What it takes to be a Philadelphia Phillies ball girl

PHILADELPHIA - Baseball season is just around the corner and there is a new team forming at Citizen’s Bank Park. A team with passion, energy and a little kindness.

Thirty women packed inside a room underneath the ballpark. All with the hope of becoming a 2020 Phillies Ball Girl. The nerves are starting to build up.

“I know my hands are shaking. It feels like I am presenting in economics again,” ball girl hopeful Farrell Everett said.

The Phillies are looking for about 10 new girls to add to their nine returning and the competition is tough. The hopefuls are interviewed and showed their baseball skills during fielding and hitting evaluations. If they are selected, they will represent the Phillies inside the park during games and up to 150 outside appearances during their two-year term as ball girls. 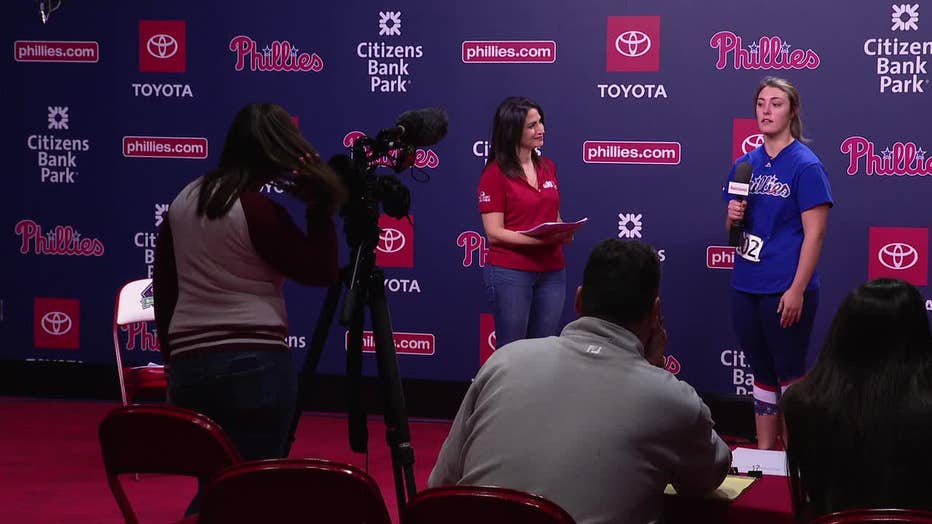 Everett dreamed of being a ball girl since she was a little kid. During tryouts, she cheered on her competitors to give it their very best. Something she learned from being a girl scout. “Be caring and kind and put everybody before myself,” she said. “I always like having people behind me supporting me, so I always like being that person behind other people.”

Everett will find out if she made the ball girl team in mid-February.