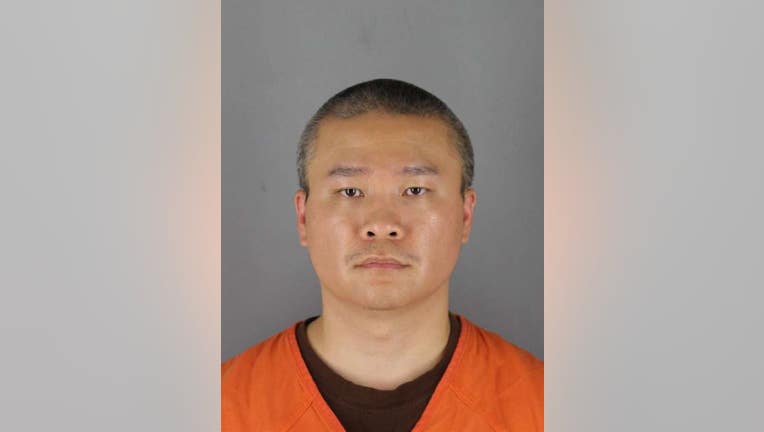 Tou Thao was arrested Wednesday in connection with the death of George Floyd. (Hennepin County Jail)

MINNEAPOLIS (FOX 9) - A third former Minneapolis police officer facing charges connected to the death of George Floyd has been released on bail.

Tou Thao is charged with aiding and abetting murder for Floyd's death. According to Hennepin County jail records, he was released just after 11 a.m. Saturday morning after making $750,000 bail. He had been held in jail for one month and a day prior to his release.

Under the terms of his release, Thao is required to meet a number of conditions set by the court, including making court appearances, staying out of trouble, and not contacting the victim's family.

Thao was one of three officers who were on the scene as fellow officer Derek Chauvin kneeled on George Floyd's neck during an arrest on Memorial Day.

Floyd died as a result of the incident, which was caught on video and has since sparked protests and calls for change.

Former officers Thomas Lane and J. Alexander Kueng has also made bail. Chauvin remains in custody on a murder charge. All four officers were fired shortly after Floyd's death.