Warning: Some may find this video disturbing. (Video: Annabel Fernandez)

PEMBROKE PINES, Fla. - A 4-year-old boy in South Florida died when a small plane crashed into his mother's SUV on Monday afternoon.

The crash also claimed the lives of two people in the small Beechcraft airplane, which had taken off from North Perry Airport in Pembroke Pines, west of Fort Lauderdale, just before 3 p.m.

FAA investigators said the plane was forced to turn back around shortly after takeoff, WSVN reports. The aircraft clipped a power line and collided with 35-year-old Megan Bishop's SUV, which was driving on a road next to the airport, a few hundred feet from the runway.

"The car literally looks like it’s just in half," neighbor Salah Elshaer, who called 911, told WSVN.

"We heard like a bomb, like a tremendous noise, and we went outside, and everything was on fire," another neighbor, Annabel Fernandez, told the television station.

Bishop and her 4-year-old son Taylor were inside the vehicle. Bishop was able to get out of the SUV and was trying to free her son. Firefighters eventually freed the trapped child and rushed both to the hospital, where the little boy died. 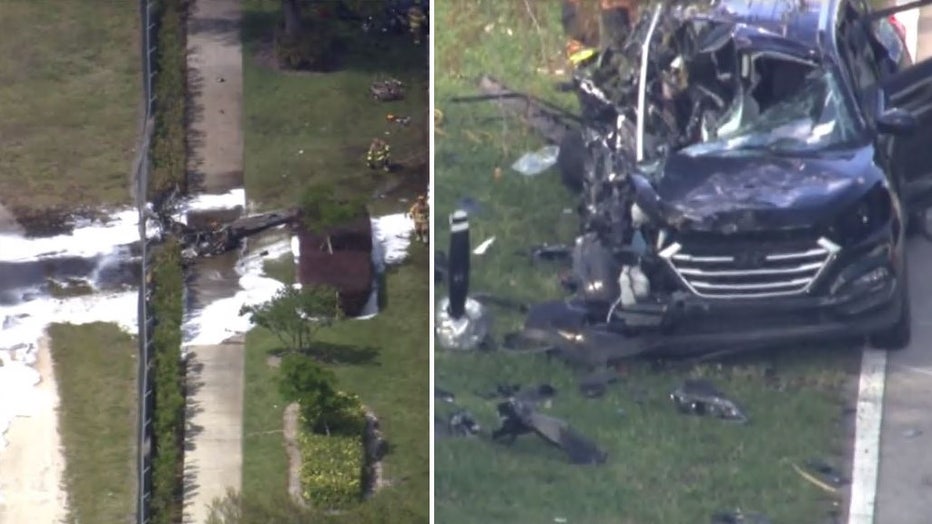 Two people who were on board the plane were pronounced dead at the scene.

The Broward County School Board identified Bishop as a teacher at Hollywood Hills Elementary School, which is close to the crash site.

"It’s with great sadness that we ask for your prayers this morning. One of our very special and active ESP teachers from Hollywood Hills Elementary was involved in an accident with an airplane in Pembroke Pines. It fell on her car," one school board member announced during their Tuesday meeting. "Megan Bishop, also known as Kiki, was in the car with her son Taylor. This little guy lit up the room, the most amazing comments to crack you up. Kiki was discharged last night, that was [Monday] night, and we really would like to remember her son who, unfortunately, passed away through this accident. At this time, we would also like to remember her mother and sister who are also part of the Broward County school system in this moment of great tragedy." 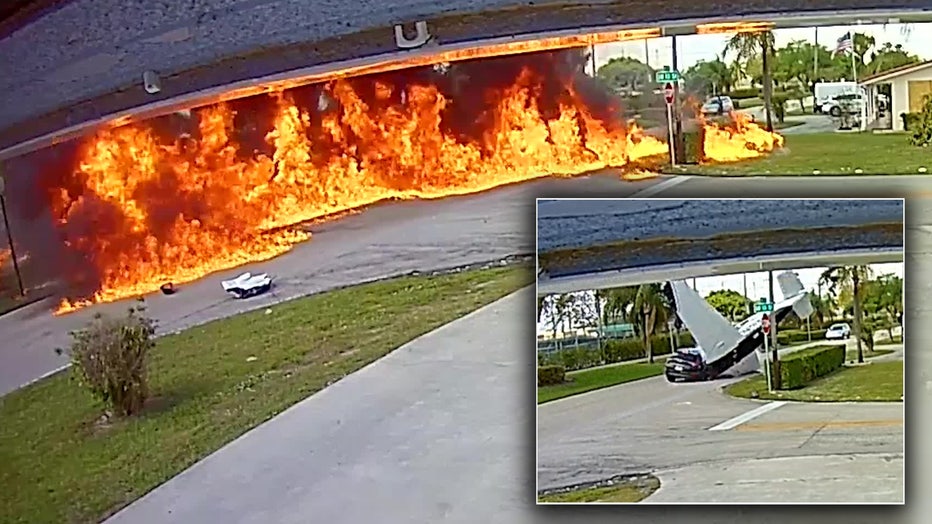 A neighbor's Ring door camera recorded the crash, showing the plane nose-diving into the SUV as the woman was driving down a street. The plane's wreckage then hurtles along the pavement, leaving a line of flames in its wake.

The names of the victims have not been released.

The Federal Aviation Administration and National Transportation Safety Board are investigating the deadly crash, which is the latest in a string of incidents at the North Perry Airport. According to WSVN, there have been a total of six deaths recorded in the past 10 months.