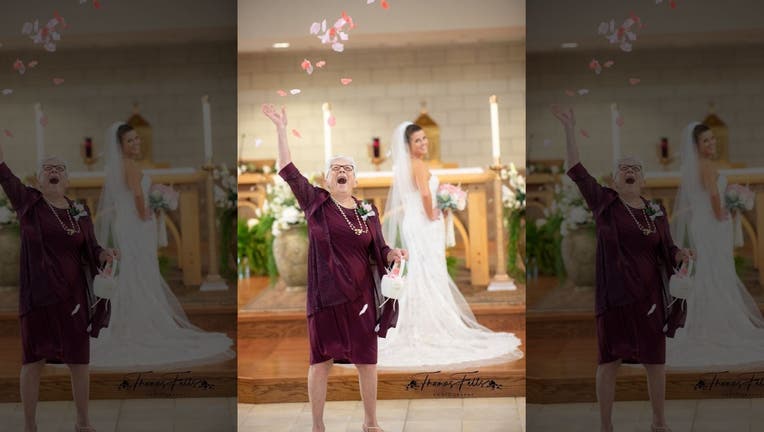 FOX NEWS - Stand aside, all other flower girls – this grandmother just stole the show.

When bride Brenna Kleman was planning to marry Brock Kendall in Wichita, Kan., in April, she knew she needed her 83-year-old grandmother to be involved.

“I was taking care of a very sick elderly woman who told me the story how she was a flower girl for her grandchild,” the bride, a registered nurse, told HuffPost. “She was my inspiration to bring my own grandmother into my wedding day.” 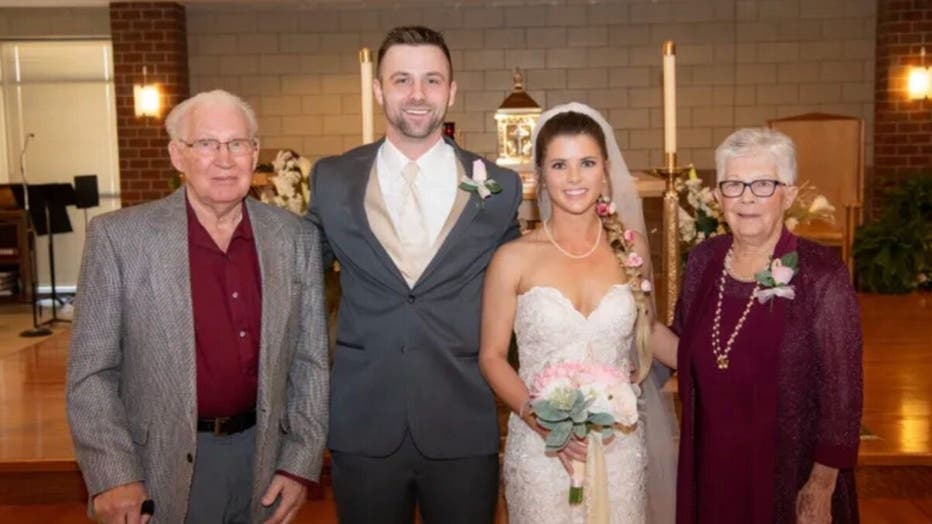 However, Kleman likely didn’t expect her grandmother, who has a flair for drama, to go viral for her brilliant job as a flower girl.

The photos, taken by Thomas Felts Photography, show the octogenarian throwing flower petals way up into the air at the end of the aisle, smiling widely as the bride looks on in the background.

“Grandpa was so proud of her,” the bride said to HuffPost. “He told the photographer, ‘That’s my flower girl.’ The photographer did such a great job in directing the shot and grandma executed it perfectly. Every time she threw more petals in the air, our family cheered louder.” 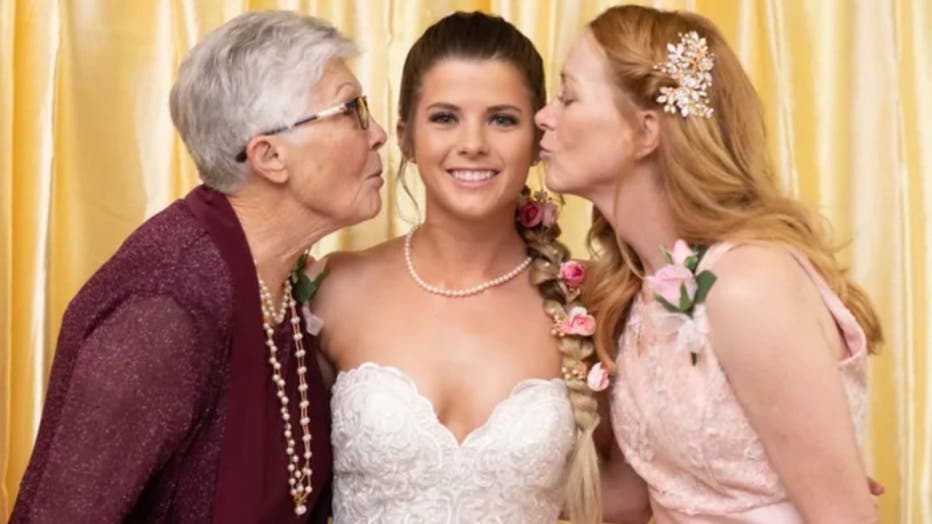 The photos originally went viral after the bride’s cousin posted them on social media. And on the photographer’s Facebook, fans of the photoshoot were quick to share their praises.

“This one is so fun!!” one person commented.

“Love it!” another wrote.

Get updates from FOX News