Years after a grueling battle with ovarian cancer, Ashley Steinberg has found her calling on the hardwood. She has quickly become one of the area’s top referees and she gets to work alongside her own father.

CAMDEN, N.J. - A Camden County woman has become one of the area's top high school basketball referees after battling ovarian cancer and drawing inspiration from her father to stay connected to the game.

Ashley Steinberg's career on the court was cut short during her junior year of high school following an ACL injury. She tried coaching, but ultimately she wanted to follow in her father's footsteps as a referee.

But just as Ashley's young career as a referee was starting, her life took an abrupt and unexpected turn. Doctors found a mass the size of a melon on her right ovary and borderline tumors on her left side.

Ashley needed both ovaries removed, but fortunately, the cancer was contained.

"I was lucky it was contained, if it wasn't contained I don't know what the end result would be," Ashley said. 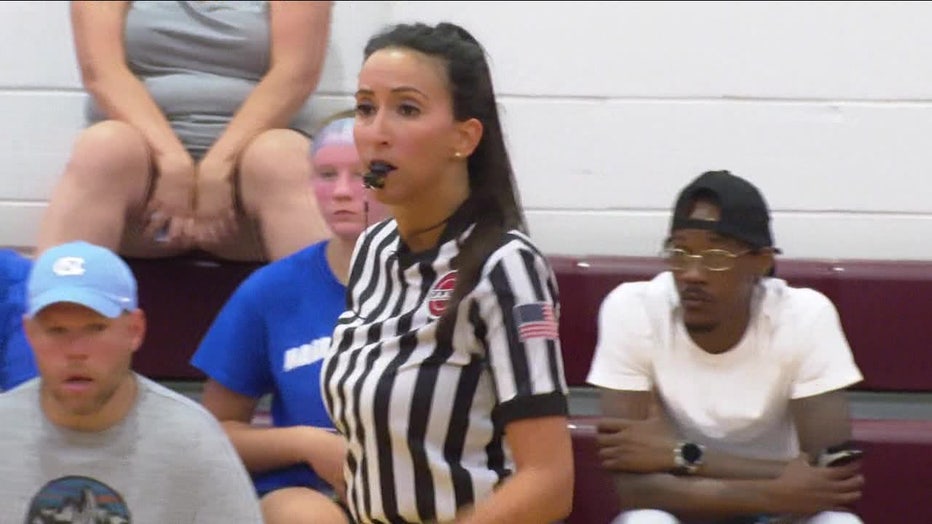 With a large support group of family and friends by her side, Ashley won her battle and is now cancer-free.

"She's tough," Ashley's father Sidney Steinberg said. "That's why I knew after what she went through with her health situation, I knew refereeing would be a breeze for her."

Sidney took a hiatus from working as a referee to teach Ashley everything he knew about the job.

"I think after my health situation, when I had cancer, I wanted to do something to get involved and, something to do with my Dad," Ashley said.

After Ashley worked her way through the ranks, Sidney came out of retirement and now the father-daughter duo ref a few games a week.

"It's a good feeling when you go into a gym and the coaches are happy to see you or some fans are like ‘Yes, we have you guys tonight, we know it’s going to be a good game!'," Ashley said.

Ashley has become one of the top high school refs in Camden County. She also continues to raise money and volunteer for the National Ovarian Cancer Coalition.

"I'm stronger than what I thought and just helping people, it just means a lot if I can help save someone's life, then, that's my purpose," Ashley said.