After the shooting rampage that left 22 dead in an El Paso Walmart store on Saturday, Walmart has said that it has no plans to stop selling guns and ammunition.

BENTONVILLE, Ark. - After the deadly shooting rampage that left 22 dead in an El Paso, Texas, Walmart store on Saturday, Walmart has said that it has no plans to stop selling guns and ammunition, and that they will not be adjusting any security practices either, Bloomberg reports.

“There’s not been any directive to any stores around the country to change any policy,” company spokesman Randy Hargrove said in an interview with Bloomberg. “We’re focused on supporting our associates, customers and the entire El Paso community.”

Walmart announced in a February 2018 statement that it had reviewed its firearm policy and decided to raise the age restriction for purchasing firearms and ammunition to 21 years old. 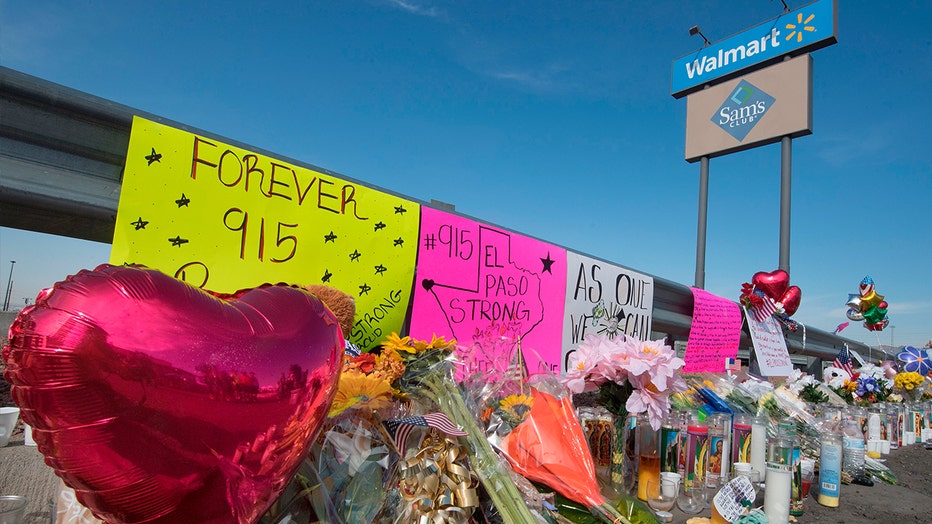 Flowers and signs at a makeshift memorial outside the El Paso, Texas, Walmart where a mass shooting occurred Saturday. Walmart has said that it will continue to sell guns and ammunition. (MARK RALSTON/AFP / Getty Images)

Walmart ended its sales of a class of guns referred to as “modern sporting rifles (MSR),” including the AR-15, back in 2015. At the time, however, Walmart adamantly denied that the policy changes had been in response to the uptick in high-profile mass shooting incidents in recent years (the Sandy Hook Elementary School shooting which occurred in 2012 was carried out by a gunman with an MSR).

“This is done solely on what customer demand was,” company spokesman Kory Lundberg told Reuters of the decision to stop selling MSR’s in 2015. “We are instead focusing on hunting and sportsman firearms.”

The shooting which occurred in an El Paso Walmart store over the weekend is the 21st mass shooting of 2019 in the U.S., and has so far claimed the lives of 22 people.

RELATED: Deadly mass shooting in El Paso to be handled as domestic terrorism

Because of incidents like this one, Walmart has implemented a mandatory “active shooter” training program for employees that was developed at Texas State University and rolled out at Walmart stores in 2015. Called “Avoid, Deny Defend,” the program teaches civilians how to respond to active public threats.

“We take seriously our obligation to be a responsible seller of firearms and go beyond Federal law by requiring customers to pass a background check before purchasing any firearm,” Walmart said in the 2018 statement. The company said that these background checks, along with having increased the age limit to purchase firearms and adding preemptive employee training, is enough — no further changes will be made to company policies or procedures.