DADE CITY, Fla. - The search for 1-week-old Andrew Caballeiro continued into nightfall after his alleged abductor was found with an apparent self-inflicted gunshot wound in a rural area of Pasco County Wednesday evening.

Pasco County Sheriff Chris Nocco said the only sign of baby Andrew was a pacifier inside the van his father, 49-year-old Ernesto Caballeiro drove from Miami-Dade County to the Bay Area.

Search teams scoured the land around where Ernesto's body was found, in a rural area near Dade City and Interstate 75. Bloodhounds were not able to pick up a scent trail for baby Andrew as the sun went down, but searchers on-foot and horseback continued looking.

Sheriff Nocco said Wednesday evening that a witness reported seeing a "blonde woman" inside Caballeiro's van. Nocco said deputies were working with the witness to develop a composite sketch. 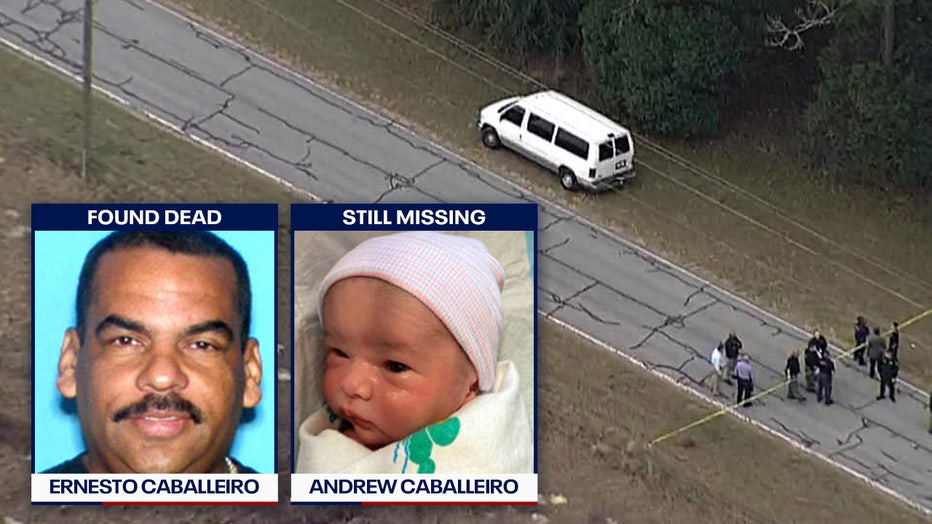 Nocco pleaded for the mystery woman or anyone who may know who she is to come forward.

"If that woman is out there, please come forward. I promise you, all we care about is that little Andrew is OK," Nocco said.

Back in Miami-Dade County, police told WSVN 7News they found the bodies of three women inside Caballeiro's southwest Miami home.

Nocco said law enforcement agencies from the southeast corner of the state all the way up to Pasco County were looking for clues about Caballeiro's trip from Miami-Dade.

The sheriff said there were "distinctive bumper stickers" on the rear of the white van driven by Caballeiro. He hopes those stickers will help investigators create a timeline of Caballeiro's whereabouts. Anyone who believes they saw the van between Tuesday, Jan. 28 and Wednesday, Jan. 29 should call law enforcement right away. 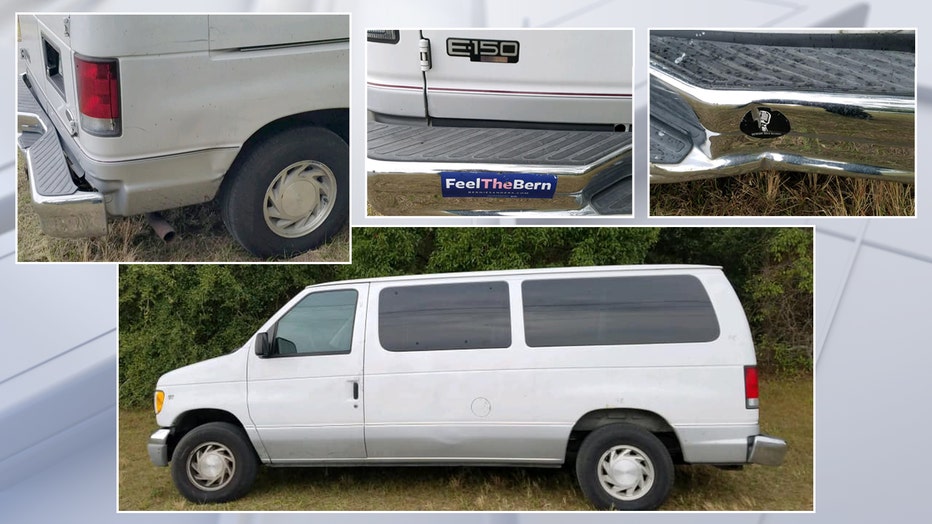 The van and Caballeiro's body were found along the side of along Jessamine Road, just past Amberlea Road, northwest of Dade City.

The view from SkyFOX showed dozens of law enforcement officers performing searches of the woods, fields, and roads nearby.  FOX 13's Catherine Hawley reports officers and deputies were also using ATVs, horses, and K9s in the search.

The sheriff said a pacifier was found in the van and was used to help bloodhounds track down the baby's scent, but there was no indication the baby was anywhere in the area. 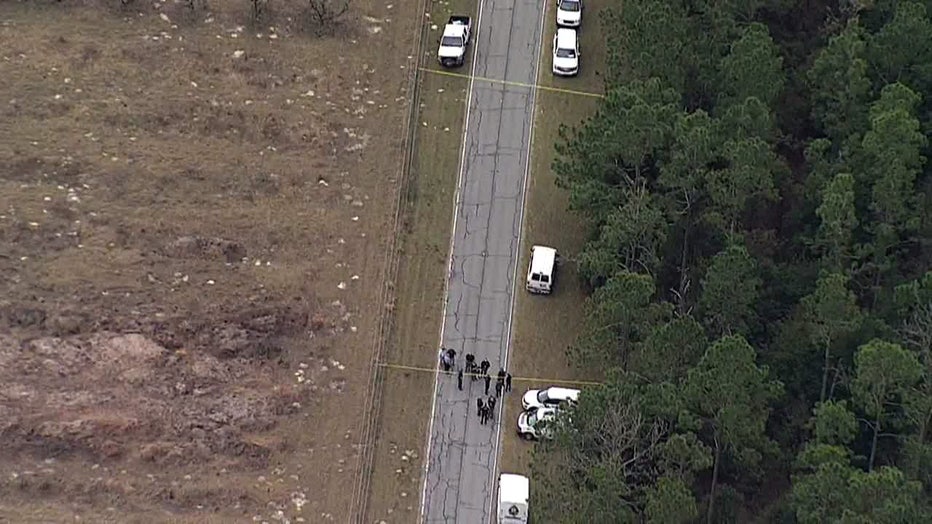 Investigators ask the public to stay clear of the area while they continue their search for the baby. Anyone with information about the case is asked to call the Pasco County Sheriff's Office or 911.