PENNSAUKEN, N.J. - People who were too young on 9/11 to even remember their lost loved ones, and others for whom the grief is still raw, paid tribute Wednesday as America marked the 18th anniversary of the worst terror attack on U.S. soil.

At the corner of Merchantville Avenue and Route 130 in Pennsauken, New Jersey sits the 9/11 memorial, which serves as a constant reminder of that day 18 years ago and hammers home the message that we will never forget.

Since 2003, the names carved in stone and the monument itself have stood as symbols of respect every day. In 2011, in remembrance of the 10th anniversary of the 9/11 attacks, a steel beam from the World Trade Center north tower was added to the memorial. 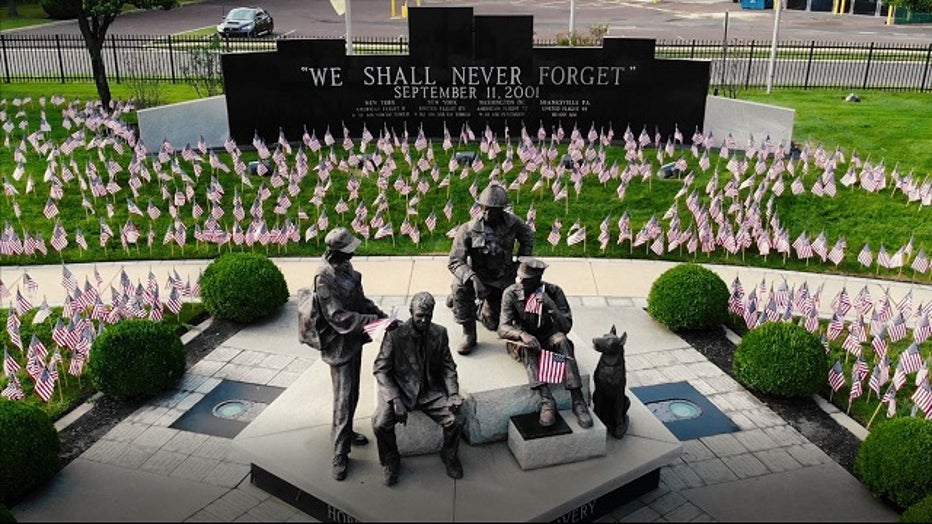 Each of the 2,997 flags represents a person who lost their life the day we were attacked. Every year at 11:59 p.m. on Sept. 10 volunteers place the flags there to show that even as the years pass the memories do not.  They remain for 24 hours and at 11:59 p.m. on 9/11 volunteers reassemble in a show of unity and with the promise that they’ll return to do it all again next year.