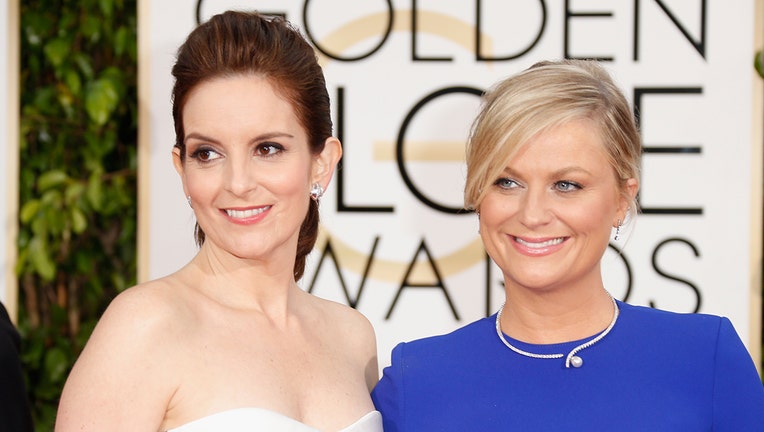 PASADENA, Calif. - Tina Fey and Amy Poehler are returning to the Golden Globes as co-hosts for the 2021 telecast, organizers announced Saturday.

The date of next year's Golden Globes will be announced at a later time.

Fey and Poehler, who rose to fame hosting the Weekend Update segment together on "Saturday Night Live" in the mid-2000s, hosted the Globes from 2013-15.

"NBC has long been the home to two of the funniest people on the planet -- Tina Fey and Amy Poehler -- and we didn't want to wait any longer to share the great news that they'll be hosting the Globes once again," Telegdy said.

"There's no denying that Tina and Amy's comedic chemistry is infectious," said Lorenzo Soria, the president of the Hollywood Foreign Press Association, which runs the Golden Globes. "We can't wait to see the dynamic duo return to the Golden Globes stage."

The Golden Globe Awards honor both film and television.

This year's show was hosted by Ricky Gervais for the fifth time. As always, Gervais' pointed barbs at the perceived hypocrisy of the very celebrities being honored at the ceremony proved polarizing, drawing both praise and outrage on social media.