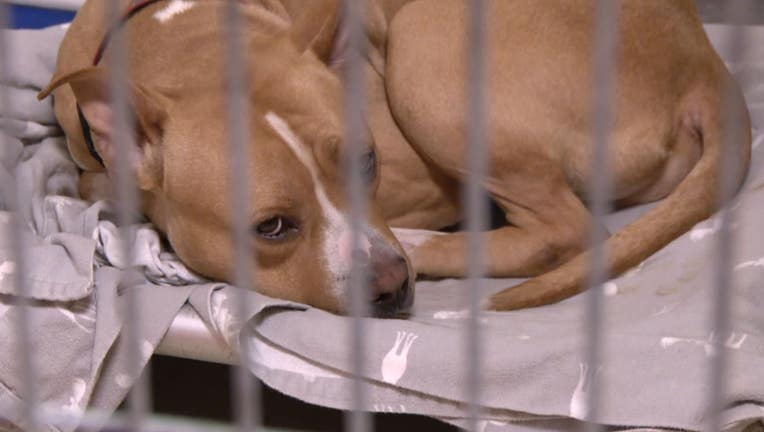 ACCT Philly is at double capacity from people surrendering the pets they adopted during the pandemic.

PHILADELPHIA, Pa - Employees at animal shelters across the county say that they are overwhelmed with the amount of animals that have been surrendered since the pandemic.

Many of the pets that are being surrendered are said to be "Pandemic Pets," that were adopted to keep their owners company while they worked from home. Once the world restarted and many companies went back to in-person work, people realized that having a pet may not suitable for their lifestyle.

ACCT Philly, the largest open intake shelter in the Philadelphia region, is seeing more and more people come in to surrender their dog.

Rachel, of ACCT Philly, says that people do not explore all their options before deciding to give up their pet.

"We have plenty of opportunities and resources to be able to help you keep your pet at home. Whether it’s food or medical care, we can help," she says.

Many "Pandemic Pets" are waiting to be adopted

Steve Keeley is at ACCT Philly meeting some of the hundreds of pets that have been surrendered since being adopted during the pandemic.

Some people have also surrendered their pet because of a living situation where the landlord did not allow pets. The Interim Co-Executive Director at ACCT Philly says that no matter the reason, dogs are sitting in shelters for longer than ever before.

"The hardest about this is that the dogs we have are good dogs, they’re loving dogs," she says. "A year or two ago, these dogs would have been adopted in a heartbeat. Now, nationwide, they are sitting in her twice as long, and we are at double the capacity that we should be."

Employees and volunteers at ACCT Philly say they want to see people reach out to them for resources before putting in a surrender request for their dog.

If you need help caring for a pet, you can email helpdesk@acctphilly.com.