Apple unveiled the new iPhone 11 Pro on Tuesday, and some people couldn’t help but focus on the new rear-camera design boasting three lenses, claiming it triggers their&nbsp;“trypophobia.”FOX 29's Shawnette Wilson has the story.

PHILADELPHIA - Apple unveiled the new iPhone 11 Pro on Tuesday, and some people couldn’t help but focus on the new rear-camera design boasting three lenses, claiming it triggers their “trypophobia.”

The release of a new iPhone almost always causes pandemonium and one could argue the iPhone 11 going on presale this weekend is no different. Oh. But it is. 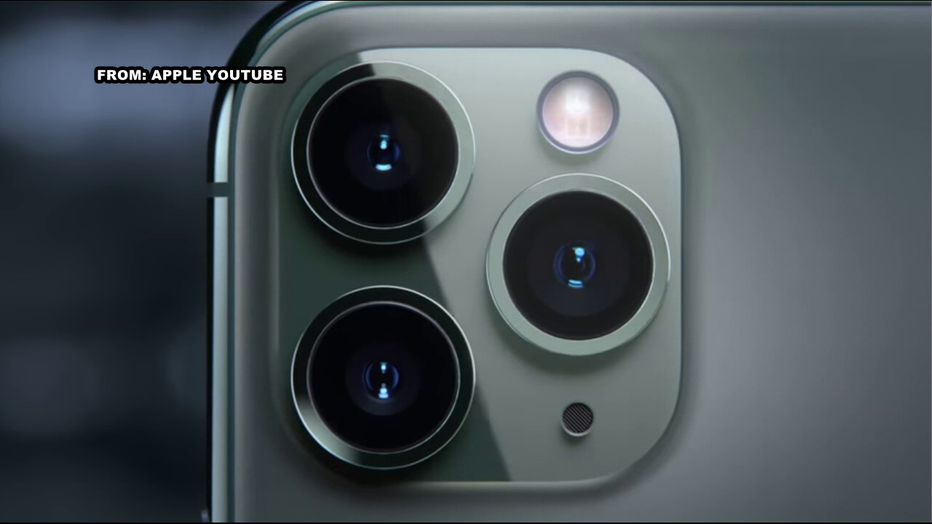 “(Does this creep you out?) Yes,” said Hew Ta. He’s heard about the craze.

“It has a new camera isn’t it?” he said.  “A” new camera? Try three. And Apple aficionados say it's creeping them out.

“(It’s when you have a fear of small holes) Yeah I feel that. I feel it. (You feel that looking at this?) Yeah I mean it makes sense,” said Ta.

One user posted a gif reaction of bulging eyes in response to seeing the phone.

Someone else said "seeing all these pictures of the new iPhone makes me want to throw up."

“(Would you not get the phone because of it or would you get over it because it’s the new thing?) I think I would get over it. I don’t have that kind of fear but I get why people would fear because of that," said Ta.

And apparently trypophobia is a thing. A real thing.

"There's not so much a fear of what it might do. It's scary but just it feels icky and it gives people a weird feeling when they look at it," said Dr. Jenna DiLossi. She’s the co-founder of the Center for Hope and Health in Ardmore. She says trypophobia exists but it's rare.

"I think that it's a matter of how much you're coming in contact with it and how strong is the aversion to it," she said. “Just by the nature of having the phone and seeing it so much there’s something called habituation. The person will naturally habituate to that image,” said Dr. DiLossi.

Alexis has a different theory.

“I do think there is knack for like someone to write an article about something and then for it to catch wind on the internet and everyone’s like oh my God. Everyone talks about this thing and it’s like a big thing that that’s happening but I don’t think it’s as big as people are saying it is.”