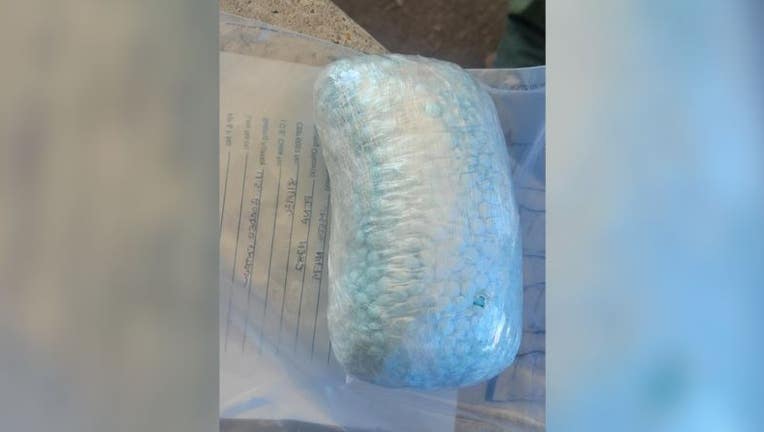 PHOENIX - U.S. Customs and Border Protection Officers in Arizona arrested a Mexican national for allegedly smuggling $85,000 worth of fentanyl pills.

Agents arrested the suspect at a checkpoint near the Arizona-Mexico border, according to John R. Modlin, Chief Patrol Agent of CBP’s Tucson Sector.

Modlin said the suspect was attempting to smuggle the pills under his clothes while onboard a shuttle headed for Tucson, roughly 80 miles north of the border.

"Agents working the I-19 Checkpoint arrested a Mexican national who attempted to smuggle fentanyl pills under his clothes while onboard a shuttle on its way to #Tucson," Modlin wrote on Twitter. "The fentanyl pills were worth approximately $85,000.00. The case was turned over to @DEAPhoenix. #Teamwork!"

"This is one of our most pressing national security, law enforcement and public health challenges, and we must do more as a nation and a government to protect our most precious resource — American lives," the Commission on Combating Synthetic Opioid Trafficking said in a 70-page report released earlier this month.

The global coronavirus pandemic has overshadowed the American opioid epidemic for the last two years, but recent news that overdose deaths surpassed 100,000 in one year caught the public's attention. Politically, federal legislation to address the opioid crisis won support across the partisan divide during both the Obama and Trump administrations.

What makes fentanyl so dangerous is its potency and widespread availability.

Fentanyl is also one of the most common illegal substances confiscated from illegal immigrants crossing the southern border, with the lawmakers writing that "U.S. Customs and Border Protection (CBP) reported a 1,066% increase in fentanyl seized at eight Southern Texas ports during Fiscal Year 2021."

The synthetic painkiller is 80 to 100 times more powerful than morphine. It can be baked into illicit pills made to look like prescription painkillers or anti-anxiety medicines. The chemical raw materials are produced mainly in China. Criminal networks in Mexico control the production and shipment to the U.S.

The Associated Press and Fox News contributed to this story.