It wasn’t Hood’s first time breaking the record for the longest plank, according to Guinness World Records. In 2011, he held a plank for 1 hour and 20 minutes.

He tried to set another planking record in 2016 but lost to Mao Weidong from China, who held a plank for 8 hours, 1 minute and 1 second.

But Hood, who is from Naperville, Illinois, was determined to reclaim the title. He underwent several training camps and fitness routines, including 674,000 sit-ups and 270,000 push-ups. In total, he planked for around 2,100 hours to prepare for his recent record-breaking attempt. 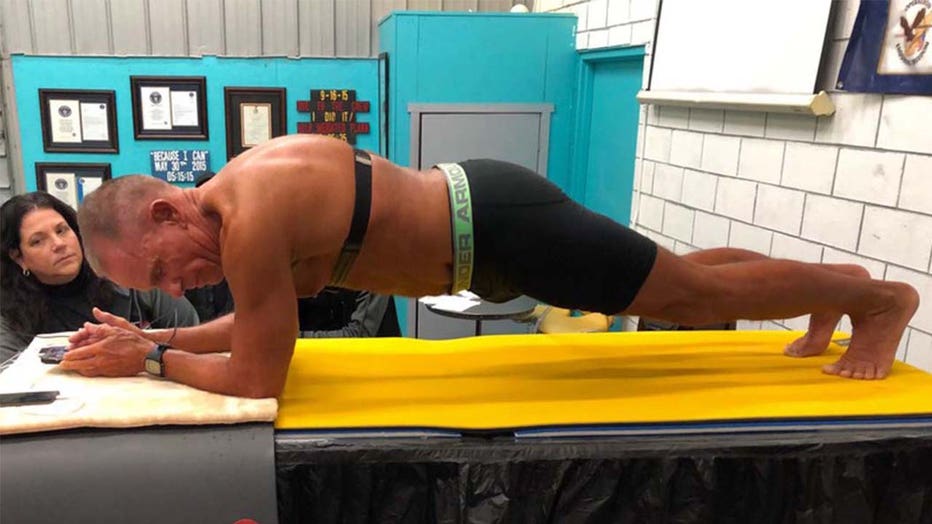 His latest record-breaking attempt took place on Feb. 15 at 515 Fitness, who co-sponsored the event. The gym focuses on addressing mental health issues through exercise and support.

During those 8 hours, 15 minutes and 15 seconds, Hood spoke to individuals and groups, and listened to presentations from guests with autism and adults with learning disabilities.

After reclaiming his planking title, Hood finished off strong by doing 75 push-ups.

This story was written in Tampa, Florida.