ATLANTA - Atlanta Hawks star point guard, Trae Young, announced he has partnered with RIP Medical Debt to relieve over a million dollars in past due medical debts for Atlanta residents who cannot pay them. 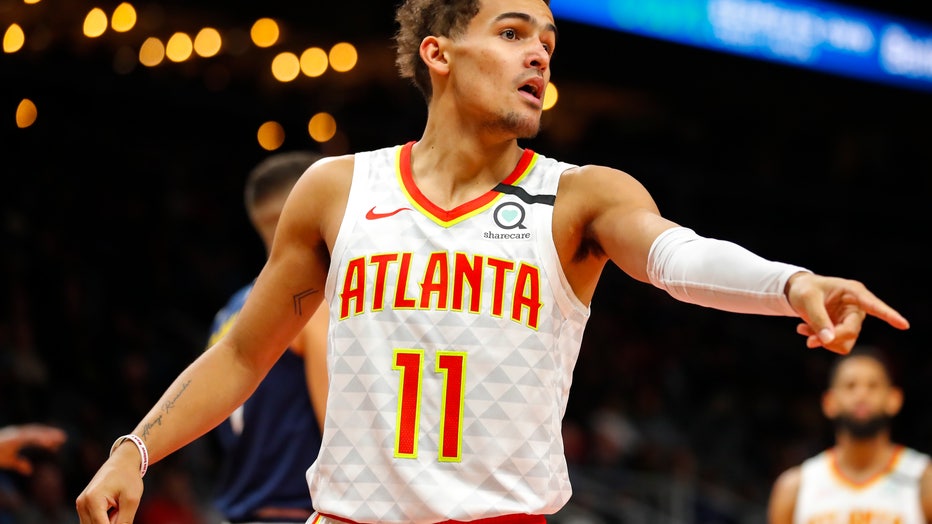 ATLANTA, GA - JANUARY 06: Trae Young #11 of the Atlanta Hawks reacts during the first half of an NBA game against the Denver Nuggets at State Farm Arena on January 6, 2020 in Atlanta, Georgia. NOTE TO USER: User expressly acknowledges and agrees that

“The city of Atlanta has welcomed me with open arms,” said Young. “Giving back to this community is extremely important to me. I hope these families can find a bit of relief knowing that their bills have been taken care of as we enter the New Year.”

Young donated $10,000 through the Trae Young Foundation to target relief in the Greater Atlanta Area.

Through this charitable act, $1,059,186.39 of medical debt will be erased, according to RIP Medical Debt, a nonprofit that relieves debt to families nationwide. The organization uses donations to purchase portfolios of bundled medical debt on the secondary market for pennies on the dollar. The average amount abolished is $1,858 for 570 people.

Those benefiting from relief will receive a branded, RIP yellow envelope, which landed in Atlanta on Jan. 3.

Young was the fifth overall pick in the 2018 NBA Draft and is currently ranked 4th in points and 5th in the league in assists.